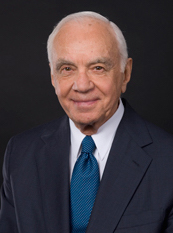 Case Western Reserve University alumnus Morton L. Mandel (CWR ’13) titled his senior capstone project It’s All About Who for good reason: Among his most longstanding and central principles of leadership is the critical importance of attracting and keeping the most talented individuals an organization can find.

“The forces that influence an institution the most are the human forces—the people who manage it, inspire it, lead it, and build it,” wrote Mandel, an accomplished businessperson and influential philanthropist who earned his degree 74 years after he started classes on campus. ”Only great people build great institutions.”

Yet again, Mandel has chosen to live his principles in his charitable giving. Through the Morton and Barbara Mandel Family Foundation, he committed $100,000 for the Morton L. Mandel Award endowment. The annual award will honor and reward outstanding faculty members of the Department of Chemistry, the discipline in which he earned his bachelor’s degree.

The first recipient, to be recognized officially this summer, is Associate Professor Blanton S. Tolbert, whose work focuses closely on elucidating molecular details of the human immunodeficiency virus, more commonly known as HIV. A member of the Case Western Reserve faculty since 2012, Tolbert paired the honor with extraordinary achievements during the past academic year: 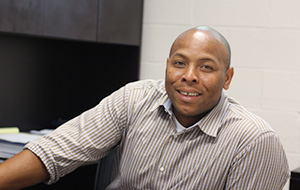 Chemistry’s department chair Mary Barkley has the final approval of the recipient of the annual award, but the selection is made by a group of departmental peers. As Tolbert wrote in a letter of appreciation to Mandel, the process of recognition was particularly meaningful. “I am truly humbled and honored that my colleagues selected me.”

Tolbert came to Case Western Reserve from Miami University of Ohio in part because of the enormous opportunities for collaborations with faculty from other schools, including physician scientists. One of his key collaborators has been Jonathan Karn, a professor and chair of the School of Medicine’s Department of Molecular Biology and Microbiology and director for the Center for AIDS Research. Both have received research support from the American Foundation for AIDS research (amfAR), which in 2014 launched Countdown to a Cure for HIV/AIDS which seeks to invest $100 million in strategic efforts to find a cure for HIV by 2020.

“I am very grateful to be the first recipient of the Morton L. Mandel Award,” Tolbert added in his letter to Mandel. “I hope that my scholarship and service has set the bar for the next recipients to achieve even higher standards of excellence in research teaching, mentoring or service.”