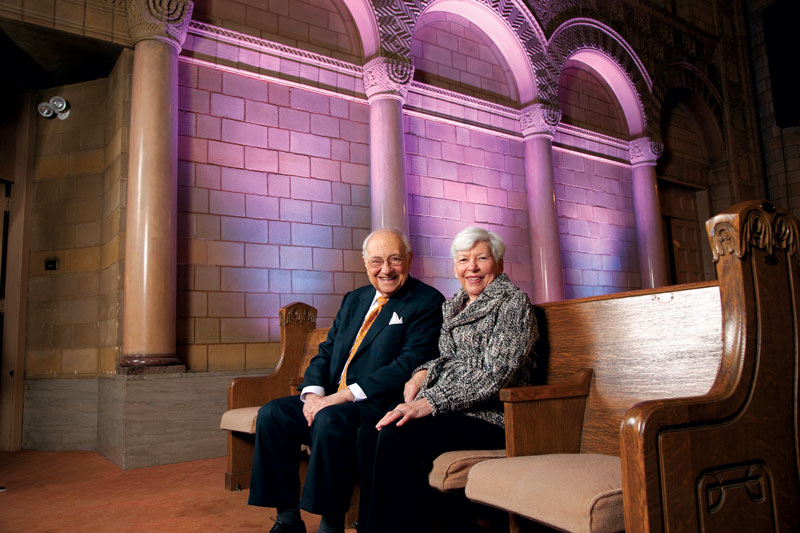 National broadcast pioneer Milton Maltz and his wife, Tamar, last night announced that new commitments from the Maltz Family Foundation of the Jewish Federation of Cleveland and the Maltzes have more than doubled in total support of the landmark performing arts project at Case Western Reserve.

A combination of foundation and family funds will provide $30 million of the $64 million initiative to transform The Temple – Tifereth Israel into a stunning, state-of-the-art space while preserving the most striking aspects of its historic character.

“It has been our dream to see this beautiful space given new life and meaning as a home for theater, music and dance students, even as it continues to host major religious observances,” Milton and Tamar Maltz said in a statement. “The plan combines state-of-the-art technology with deep respect for the structure’s history and grandeur. We simply cannot wait to see it open.”

The couple shared the news of the commitment during Momentum, the university’s annual spring celebration of philanthropy with its friends and supporters. Gathered in a large tent adjacent to the Temple, more than 350 guests watched stirring student performances of dance and music ensembles while also being greeted by undergraduate theater majors. Among those in attendance were some of the roughly five dozen individuals who have contributed to the project since it was first announced in 2010.

“Our gratitude to Milton and Tamar cannot be overstated,” Case Western Reserve President Barbara R. Snyder said. “They were among the first to recognize the immense promise of this project, and helped inspire so many others to follow their example. Their willingness to increase their own commitment so dramatically is just one example of their extraordinary dedication to this effort.”

When originally announced four years ago, the project was estimated to cost just under $26 million, to which the Maltz Family Foundation had pledged $12 million. But as architects delved more deeply into the different sections of the space—some dating to 1924, and others to the 1950s—they recognized that more extensive construction would be required to realize its full potential as an academic home for the performing arts.

“Our goal all along has been to provide students an environment that matches their considerable talents and skills,” President Snyder said. “This final design reflects our best thinking on how to give them exceptional rehearsal and learning spaces as well as performance venues where their work can truly shine.”

The concept originally emerged through conversations among university leaders and those of The Temple – Tifereth Israel (TTTI), whose primary congregational home has resided in Beachwood for more than four decades. Even so, the University Circle location holds immense historical and cultural significance, and Temple leaders were eager to maintain its use for Judaism’s most important annual events. TTTI’s agreement with the university preserves this limited access while sparing the congregation ongoing costs for maintenance and operations.

“This wonderful outcome reflects a remarkable partnership among our congregation, the university, and the many donors who recognized the unique advantages of preserving and expanding this extraordinary structure,” Rabbi Richard A. Block said. “But above all, it is a tribute to the vision of Milton and Tamar Maltz, whose generosity helped make our shared dream a reality, and the inspired leadership of President Barbara Snyder.”

The updated plans call for the complex to grow to 145,000 square feet, an increase of about 45 percent over its current size. Among the areas being restored is the Silver sanctuary, named for nationally recognized religious leader Rabbi Abba Silver, the Temple’s leader for nearly a half a century. This soaring, seven-sided space will be able to seat up to 1,350 for lectures and about 1,100 for concerts when a full performance stage is added to the space. New construction includes a 350-seat proscenium theater and a “black box” studio space that will accommodate multiple stage and seating arrangements for performances. The design also calls for a recital hall that can host up to 100 people, extensive rehearsal spaces, costume and set shops, and academic offices. MGA Partners of Philadelphia is the lead architect for the project. 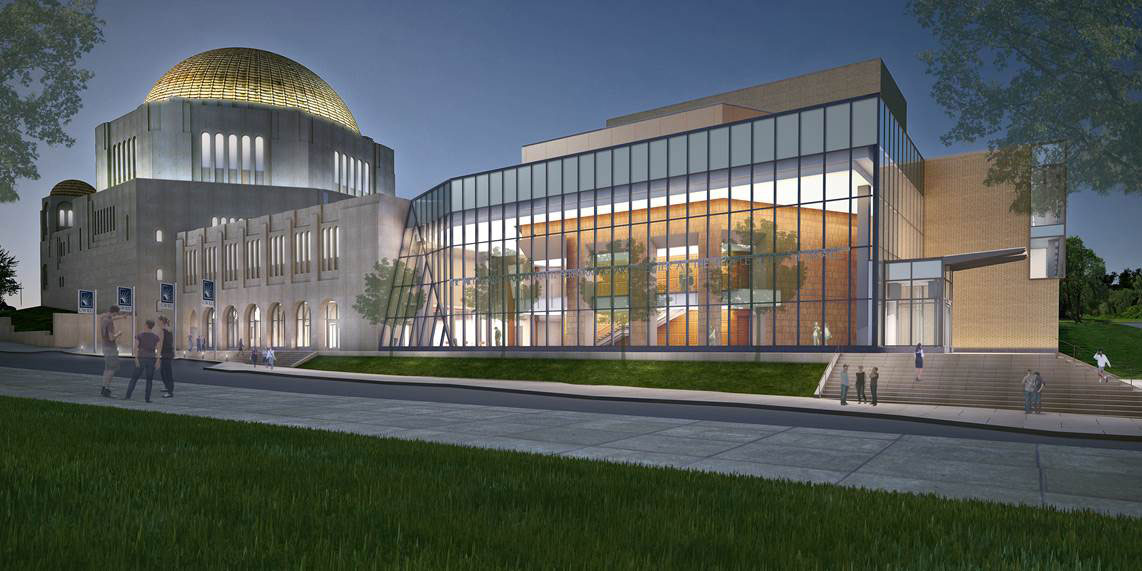 “We have seen firsthand just how much our students can accomplish when they have outstanding faculty and adequate resources to help them realize their aspirations,” College of Arts and Science Dean Cyrus Taylor said. “This new space will give Case Western Reserve’s students an environment for the performing arts that is unprecedented in the university’s history.”

To date, the university has raised $59.3 million of the project’s $64 million cost. If the remaining funds are not donated, the university has back-up plans to “shell” some of the space—that is, build it but leave the interior unfinished. Plans are to begin construction this spring, with the first part of the project (involving the restored sanctuary) complete by the fall of 2015. The overall project is expected to be finished by the late spring of 2016.

Last month, Cleveland’s planning commission unanimously approved the designs for the project. Fundraising will continue for the project throughout construction.