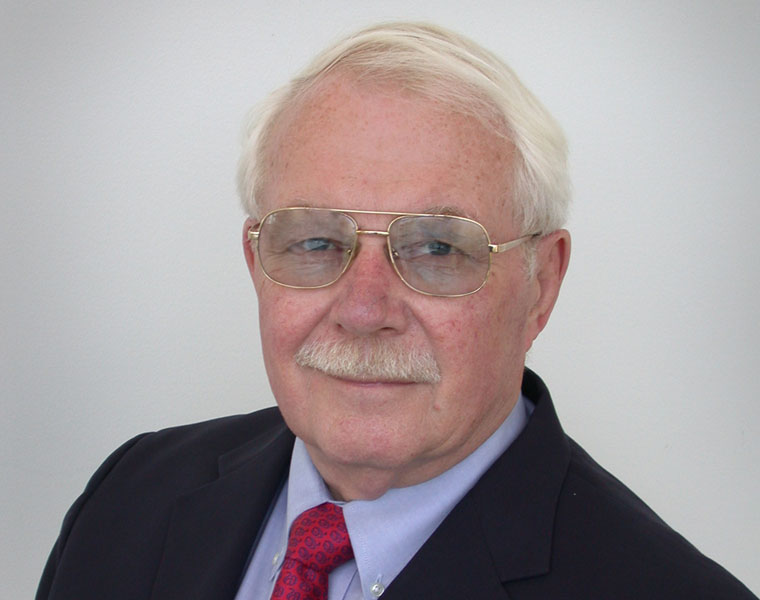 When James Anderson arrived in Cleveland in the 1960s after completing his PhD at Oregon State University, he intended to continue his academic career in chemical research at Case Institute of Technology. But just a few years later, his penchant for biomedicine inspired him to get involved in biomedical polymer research, instead—and compelled him to earn his medical degree at Case Western Reserve University School of Medicine in 1976. After graduating he became an assistant professor specializing in biomedical sciences, macromolecular engineering and pathology in 1980, thus beginning a long tenure with the university. Now, after 55 years, Anderson recently retired from CWRU as a professor of pathology and biomedical engineering.

“Dr. Anderson’s work led to improvements in the materials used in long-term implanted devices such as joint implants to improve their longevity and durability by reducing the body’s reaction,” said School of Medicine Dean Stan Gerson. “His work is a classic and high-impact example of using discovery science to advance human treatments and benefit generations now and in the future. Along the way, he improved our education of medical and graduate students, and many benefited from his guidance.”

Having spent his career at the intersection of medicine and physical sciences, Anderson characterized his position at CWRU as having “one foot in [Case School of] Engineering and one foot in the School of Medicine—and a third foot in University Hospitals.” His expertise in this niche made him a trusted adviser to the National Institutes of Health, the Federal Drug Administration and Other Government Agencies, as well as an insightful mentor to both engineering and medical students alike. He is best known for the study “Foreign body reaction to biomaterials,” an investigation of the cellular and molecular response to biomaterials he carried out with CWRU engineering and basic medical science students.

Anderson also played a foundational role in establishing biomaterials research in the university’s Department of Biomedical Engineering just three years after arriving at CWRU. With his extensive knowledge of the physical sciences and growing interest in medicine, his contributions to the department helped it become the internationally renowned institution it is today. His career as a professor continued after he completed his residency at University Hospitals and added anatomic pathology to his teaching repertoire.

While at the university, Anderson was named a Distinguished University Professor of pathology at the School of Medicine and served as a member of the Developmental Therapeutics Program at Case Comprehensive Cancer Center. He also became an elected member of the National Academy of Medicine and the National Academy of Engineering, and served as president of the Society for Biomaterials and the Controlled Release Society. He also received prestigious accolades for his achievements in both medical and engineering research, including the CWRU Frank and Dorothy Hovorka Award for Excellence in Research (2013), an honorary degree from the University of Geneva in Switzerland, and the Elsevier Biomaterials Gold Medal Award (2005) for his outstanding progress in biomaterials research during the prior 25 years.

Anderson credits his students and collaborators for the monumental contributions he made to the biomedical sciences during his 50-plus years at CWRU.

“(The) people of CWRU provided numerous opportunities and ‘open doors’ for career advancement,” Anderson said. “In many ways, they encouraged me to do ‘my thing,’ for which I am grateful. My students taught me so much.”

Anderson’s excellence as a scientist is just as impressive as his lasting influence as a teacher, according to colleagues including Pamela Davis, the Arline H. and Curtis F. Garvin Research Professor and former dean of the School of Medicine.

“Jim’s impact as a scientist is unparalleled, as is his ability to nurture and encourage his students,” Davis said. “[He’s done] it all with immense modesty and good will.”