A Case Western Reserve team from international health and physics has won national recognition for a portable malaria detection device with the potential to transform diagnosis and treatment of the disease in developing countries.

The team is one of four recipients of the U.S. Patent and Trademark Office’s Patent for Humanity Award in the category of medicine, and will be honored later this month at a White House ceremony.

International health professor Brian Grimberg and physics professor Robert Brown led the group that developed the portable, battery-operated Magneto-Optical Detector (MOD), which uses magnets and lasers to detect malaria in one minute—20 times faster than the time needed to secure results with traditional rapid-test methods. In addition, the MOD device is more accurate and less expensive; each test costs only $1 to conduct. 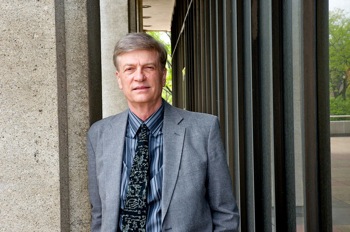 Malaria has killed more people than any other disease caused by a single organism, including small pox and the plague. While the industrialized world has been rid of malaria for 50 years, the disease continues to affect the health and quality of life of impoverished populations. Even today, malaria is actively transmitted within 97 countries.

According to the World Health Organization (WHO), half of the world’s population, an estimated 3.4 billion people, is at risk. Of these, 1.2 billion are at high risk. In 2015, WHO estimates, 214 million people contracted malaria, and 438,000 of them died—even though the disease is preventable and treatable.

“We wanted to address a big gap in identifying people with malaria,” Grimberg said. “It is hard to diagnose the disease accurately using current technology. The standard microscope test can generate up to 36 percent false positives and nearly 18 percent false negatives. This means that many people infected with malaria are untreated and can die of the disease. Many others who don’t have malaria receive anti-malarial drugs unnecessarily, which wastes tight resources and contributes to drug resistance.”

The MOD device detects malaria by looking for a specific type of iron within a single drop of blood. Called hemozoin, it is released by disease-carrying parasites release in crystal form. Because hemozoin has magnetic properties; when the device’s magnets get close to the blood sample, the once-randomly oriented hemozoin crystals align. Less laser light can pass through the more closely aligned crystals, giving those conducting the test a quick and definitive indicator regarding whether malaria is present.

“The Department of Physics has long been involved with cutting edge research in a variety of fields, from dark matter research to MRI (Magnetic Resonance Imaging),” said Brown, a Distinguished University Professor. “My colleagues on the malaria team and I work extensively in magnetic field research and fluid dynamics of magnetic and partially magnetic particles, which made it a natural fit to explore the particles created by malaria parasites. It is especially rewarding to our group to be able to work on both fundamental physics problems and applications toward improving the human condition.”

In addition to Grimberg and Brown, the team included senior research scientist Robert Deissler, mechanical designer/machinist Richard Bihary, visiting scientist William Condit, and undergraduate/technician Jason Jones, now graduated. Except for Grimberg, who has been involved with the project since its very beginning, the team comes entirely from the physics department. 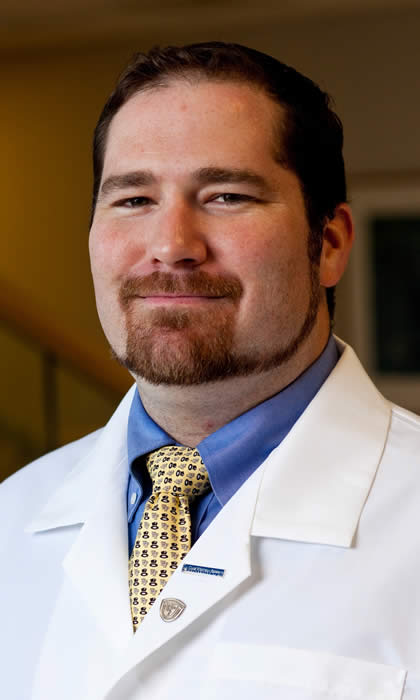 Grimberg estimates that MOD can save anti-malaria organizations $1.2 billion annually on direct diagnostic savings, increased workforce productivity, and more efficient allocation of prevention and treatment resources. Also, MOD testing is easily administered outside of laboratory facilities, including in community and remote settings. As a result, care workers will be able to bring accurate malaria testing and diagnosis to the patient, instead of requiring the patient to travel as many as 30 hours each way to a health clinic.

Grimberg and his colleagues have conducted field trials of the MOD in the Amazon rainforest and Kenya. The team is collaborating with Portland, Oregon-based Hemex Health, which has licensed the MOD. Hemex will develop and commercialize the device for wider use.

“We are excited to have joined forces with Dr. Grimberg and his team to dramatically increase the odds for the successful diagnosis and treatment of malaria, which remains a devastating disease for so many throughout the world,” said Patti White, chief executive officer of Hemex.

The company worked with the Case Western Reserve University Office of Research and Technology Management to identify the MOD as a device compatible with Hemex Health’s mission of bringing lifesaving technology to underserved markets. Hemex plans to have the final version in trials in 2017 and released with regulatory approvals in late 2018.