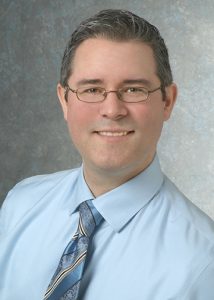 Matthew Willard, associate professor of materials science and engineering, was selected as one of four 2015 Brimacombe Medalists for his achievements in materials science and engineering by The Minerals, Metals and Materials Society (TMS). He was selected for this honor from the nearly 10,000 professional and student members consisting of metallurgical and materials engineers, scientists, researchers, educators, and administrators from more than 70 countries on six continents.

Brimacombe Medalist Awards have recognized professionals in the middle portions of their careers since 2012. The society-level award is presented to individuals with sustained excellence and achievement in business, technology, education, public policy, or science related to materials science and engineering. The society specifically recognized Willard “for sustained excellence in the fields of physical metallurgy and magnetic materials, reviving the TMS Magnetic Materials Committee, and an outstanding record of continuing service.” He will be honored at the organization’s annual awards ceremony in March.

As part of Willard’s service to TMS, he has chaired the Magnetic Materials Committee (2009-12), advised content for the Journal of Metals (2012-13) in the area of magnetic materials, co-organized Symposia (2009-2015), and is serving his second term as member-at-large on the Materials and Society Committee (2012-18). He has also been on the board of review for the TMS affiliated Metallurgical and Materials Transactions since 2005, including a three-year appointment to the journal’s joint commission.