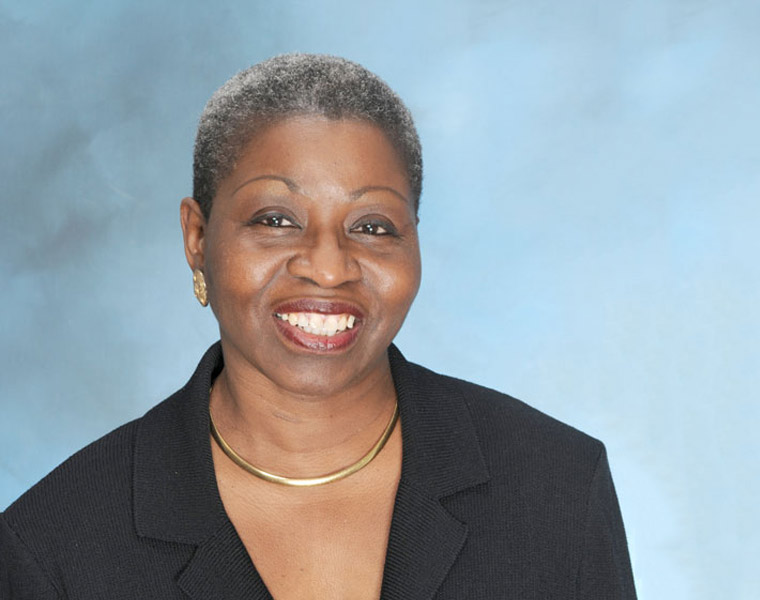 Marilyn Sanders Mobley to step down as vice president for inclusion, diversity and equal opportunity

President Barbara R. Snyder announced today that Vice President for Inclusion, Diversity and Equal Opportunity Marilyn Sanders Mobley will step down from her role at the end of this academic year. The first person to fill the then-newly created cabinet-level position, Mobley came to Case Western Reserve in 2009.

“In becoming our inaugural campus-wide leader of diversity, Marilyn took on the daunting task of creating a comprehensive program essentially from scratch,” President Snyder said. “She fully embraced that challenge, engaging individuals across the university in exploring and addressing issues that are critical to our mission as an institution of higher learning—and to our broader society. I appreciate all of her contributions, as well as the warm, thoughtful and collaborative ways that she made them.”

The university’s 2008-2013 strategic plan, Forward Thinking, called for the creation of a full-time, high-level administrative position devoted to diversity. President Snyder began the process of fulfilling that commitment that same year, launching a national search led by a committee that included faculty, staff and students. For Mobley, who had earned her doctorate in English from Case Western Reserve in 1987, the appointment represented both a homecoming and an enormous opportunity. At the time of her appointment, she noted that one of the key factors influencing her decision “was the energy and excitement people express about these issues and this new position.”

Upon her arrival, Mobley worked quickly to draw such enthusiastic individuals into her efforts. Among her first steps was forming a Diversity Leadership Council, with whom she worked to develop the university’s first diversity strategic action plan; its vision, reiterated in the second strategic action plan in 2016, called for “advancing diversity through mindful learning, inclusive thinking and transformative dialogue.” Another early initiative was an annual spring luncheon to honor faculty, staff and students whose efforts significantly enhance diversity and inclusion on campus.

Mobley’s time as vice president also saw her play a key role—along with others, including Naomi Sigg, director of the student-focused Office of Multicultural Affairs—in the development and implementation of a campus-wide education program, Diversity 360. Nearly 8,000 students, faculty and staff have participated in the effort since it began in 2015. Mobley also created the Trailblazer Project, a portrait initiative that showcases the contributions of CWRU alumni of color and other distinguished leaders to bring greater diversity to images displayed in campus common areas.

“It has been a privilege to lead efforts to help make Case Western Reserve a more diverse, more inclusive and more equitable institution for all of the members of our community,” Mobley said. “Together we have made great progress across areas including policies, programming, culture and demographics, and I am confident that momentum will continue to grow through the leadership of President Snyder, our new provost, Ben Vinson III, and the many, many individuals across the campus who have championed this important work.”

As a member of the provost search committee, Mobley and Vinson first interacted when he was a candidate for the position here.

“Marilyn’s passion for Case Western Reserve was powerfully evident during the interview process,” Provost Vinson said, “and contributed to my early impressions that this university was a special place with enormous potential. I am grateful for the opportunity to work with her this year in her administrative role, and pleased that she will continue to be part of our community as a faculty member.”

Mobley, who was appointed as a tenured professor of English when she joined the university, will take a one-year sabbatical to focus on her research and scholarship before engaging in all of the department’s activities.

The university will launch a national search for Mobley’s successor later this fall; watch The Daily for updates.

During her tenure as vice president, Mobley also established the university’s annual Power of Diversity Lecture Series, which features national thought leaders and CWRU scholars, and the Diversity Annual Fund, which supports campus diversity initiatives. In addition, under her leadership, the Office for Inclusion, Diversity and Equal Opportunity has produced annual diversity reports, a newsletter each semester, expanded its offerings of diversity and inclusion workshops and trainings, and established Train the Champion, a monthly diversity education program for faculty and staff.

Through collaborative efforts with students, faculty and staff and the university administration, Mobley has helped the university achieve both local and national recognition for its diversity efforts, including awards from the Greater Cleveland Partnership’s Commission on Economic Inclusion, DiversityInc, and INSIGHT into Diversity. Case Western Reserve also has received the Higher Education Excellence in Diversity award for six consecutive years and in 2017, the national Sustained Dialogue Institute recognized CWRU for its program, managed by the Office for Inclusion, Diversity and Equal Opportunity, First Year Experience and Family Programs, and the Office of Student Affairs.

Mobley is a recognized higher education diversity expert and has served as a keynote speaker for conferences and events, both nationally and internationally. Currently, she serves on the boards of the National Association of Diversity Officers in Higher Education, the Cleveland Institute of Music, the Cuyahoga County Public Library Foundation and the Cleveland Leadership Center. Mobley was inducted into the Women of Color Foundation Hall of Fame in 2012 and honored with the Judson Award for Smart Living in 2015. She has been recognized in Who’s Who in Black Cleveland for the past eight years.

Prior to her appointment at CWRU, Mobley served as provost at Bennett College for Women in Greensboro, North Carolina, and as associate provost for educational programs and a faculty member at George Mason University for 19 years. She founded the African American Studies program at George Mason and served as its first director.

In addition to her PhD from CWRU, Mobley earned a master’s degree in English from New York University and a bachelor’s degree from Barnard College of Columbia University. She has done coursework at the Howard University School of Divinity and completed the executive leadership program in higher education at Harvard University.

‌Mobley is a Toni Morrison scholar and the former president of the Toni Morrison Society. She is the author of Folk Roots and Mythic Wings in Sarah Orne Jewett and Toni Morrison: The Cultural Function of Narrative (LSU Press, 1991) and the memoir The Strawberry Room and Other Places Where a Woman Finds Herself (Westbow Press, 2016).