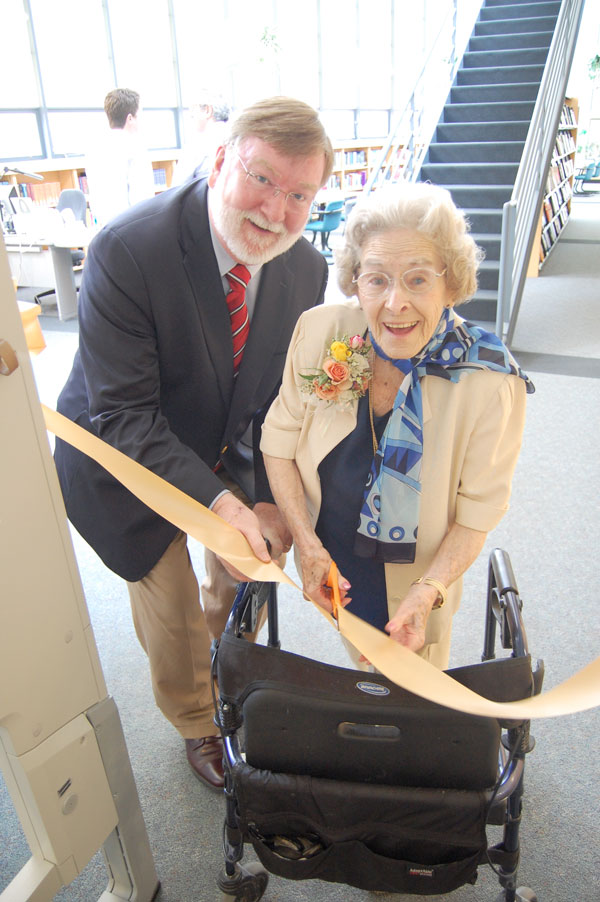 The Mandel School of Applied Social Sciences is mourning the loss of one of its most active and generous supporters, Lillian F. Harris, a 1933 alumna. Harris died Jan. 9 at the age of 104.

Harris defied gender limitations in the 1930s and 1940s as one of a very small number of women to earn a graduate degree and one of an even fewer number to work as a business executive. “I matched whatever the males could do,” she said in a 2005 interview with the Associated Press.

After earning her bachelor’s and master’s degrees from what is now Case Western Reserve in the 1930s, Lillian Harris and her husband, Milford, an alumnus who passed away in 1972, ran a modest Cleveland pharmacy. Under their guidance, the business grew to become a major U.S. drug wholesaler, Harris Wholesale Drug Co.

Lillian sold the company in 1989, deciding to focus on the production the company’s signature product Pinxav (pronounced “pink salve”), a diaper-rash formula created by her husband during his time at Western Reserve University. She continued to work regularly into her nineties before passing leadership of the Pinxav-focused company, Emjay Labs, to some of her family members.

“In the passing of Mrs. Lillian Harris, the Mandel School of Applied Social Sciences and CWRU have lost a very good friend and advocate,” said Mandel School Dean Grover Gilmore. “Mrs. Harris valued the training that she received in social work. She understood the importance of supporting the faculty in their educational mission. She supported the library at MSASS, which is regarded as the premier social work library. The investments by Mrs. Harris and her family have been important to the school and will continue to benefit students, faculty and alumni into the future. We will miss her smile and her thoughtful advice.”