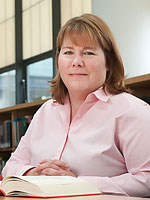 When inmates with severe mental illness are released from jail, their priority is finding shelter, food, money and clothes. Even needs as basic as soap and a place to bathe can be hard to come by for people leaving jail, according to a new study from Case Western Reserve University’s social work school.

“Reentering the community after a period of incarceration in jail is a complex situation,” said Amy B. Wilson, assistant professor of social work, who researches jail and prison issues. This reentry is even more difficult for inmates who suffer from a major mental illnesses, such as schizophrenia.

As part of this study, Wilson also surveyed 115 participants in this program prior to their release to ask them about what types of help they would need after release. When surveyed, housing topped the list of priorities for 65 percent, followed by 35 percent who needed money to start a new beginning. Only 12 percent said treatment for their mental health was one of their top two priorities.

Her findings were reported in the Qualitative Health Research journal article, “How People With Serious Mental Illness Seek Help after Leaving Jail.”

According to Wilson, It’s been long known in the social work field that people need food and housing to survive and seek to fill those needs first, but sometimes these basic needs get overlooked when building programs to address complex problems, such as those facing people with mental illness exiting jail.

The problems associated with the transition from jail to the community is also compounded by a general assumption within the correctional system that family and friends will house and care for released inmates, said Wilson, who has found the reality, for some, is quite different.

Some inmates lose everything they own while in jail, including a driver’s license and social security card, she said. And once released, access to their apartment or house might be lost as well.

While observing inmates for this study, she saw some released during winter wearing summer clothing. One woman was released wearing see-through pajamas. Other inmates reported having no money or a place to go.

The transition from jail to community requires inmates to navigate a number of social service systems such as public assistance, public mental health and substance abuse services. But Wilson found that even released inmates with case managers advocating for them experienced a lot of difficulty obtaining the services they needed. Wilson also found that only 40 percent of the program’s clients ever engaged in long-term mental health services.

“Eventually people gave up on the system,” she said.

Wilson believes the study should serve as a reminder to social workers and policymakers about how difficult the transition can be for released inmates. To have people take advantage of mental health services, their basic needs must be met first, she said.

And since we as a society have assumed some responsibility for seeing to the care and treatment of people with serious mental illness, Wilson stated that we must ensure that we are seeing to both their basic and treatment needs during the critical transition from jail to community.

Virtual Intersections and the Celebration of Student Writing and Research