Only university awarded in national competition 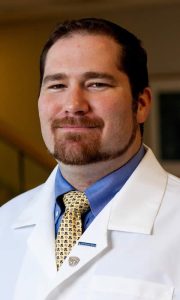 While the industrialized world has been free of malaria for 50 years, the disease remains a major humanitarian issue that affects the health and quality of life of impoverished populations.

To address the need to more quickly and inexpensively diagnose malaria, Case Western Reserve University’s Center for Global Health and Diseases, in conjunction with the Departments of Physics and Biomedical Engineering, developed a detection device that provides efficient, low-cost screening of a magnetic digestive by-product of malaria parasites.

The device offers such promise that the United States Patent and Trademark Office (USPTO) recently recognized the effort with a highly selective 2015 Patents for Humanity award. The program rewards companies that bring life-saving technologies to underserved people, while showing how patents are an integral part of tackling the world’s challenges.

“The award is important because it recognizes the incredible strides forward that can be achieved through multidisciplinary translational research,” said lead researcher Brian Grimberg, assistant professor of international health at the School of Medicine. “Hopefully, this will help speed the delivery of our technology across the developing world where it could have a great impact.” 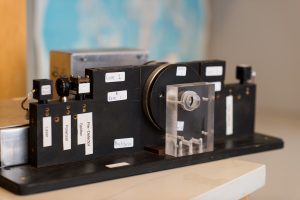 “An interdisciplinary team approach to both basic science and clinical translation is a hallmark of Case Western Reserve, and this discovery is no exception,” said Mark Chance, vice dean for research at the medical school. “Our School of Medicine is well known for its excellence in global health research and research and training programs across the world. This discovery also showcases our excellence in fundamental science and in making discoveries that have an impact on the world community, especially when the need for malaria detection is so great.”

Malaria, which is caused by a single organism, has killed more people than any other disease—more than smallpox, more than the plague—and it’s still widespread. According to the World Health Organization, 3.4 billion people—half the world’s population—live in areas at risk for malaria transmission.

The CWRU application was recognized in the medicine category for creating a novel, low-cost, accurate malaria detection device to improve treatment—considered groundbreaking research in infectious disease. The team developed the scientific concept behind a portable, hand-held malaria detection instrument that rapidly detects the presence of malaria from a drop of blood.

Current methods to detect the malaria parasite in humans are time-intensive and costly. The average time to examine a microscopic slide of a person’s blood is an hour, and the average cost of the current rapid malaria test is $1.69 a person.

“This invention has the potential to save thousands—even millions—of lives each year by giving people a correct diagnosis in less than a minute, a thousand miles away from a doctor with a microscope,” Bihary said.

“Effective Caregiving During Times of Crisis”