The lost life of a woman who searched for the missing

Grace Humiston only wore black. She worked as a detective for free, solving one of the biggest missing-persons cases of the early 1900s and antagonizing men at the highest levels of power—during a time when women could not even vote. 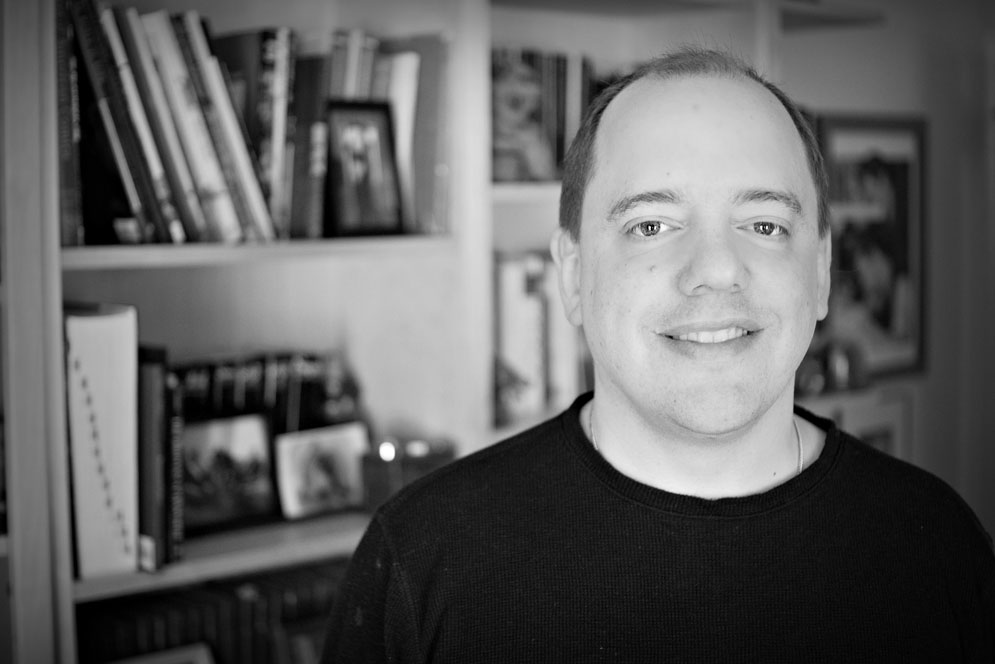 And yet you’ve never heard of her.

Brad Ricca, a SAGES Fellow and lecturer in Case Western Reserve University’s Department of English, had not either. After stumbling across a mention of her in a 1917 newspaper article, Ricca unearthed Humiston’s story for his new book Mrs. Sherlock Holmes, released earlier this month by St. Martin’s Press.

The title comes from the nickname given to her during a brief flurry of fame— before her enemies drove her to retreat into solitude and leave behind few traces for history to keep her name alive. 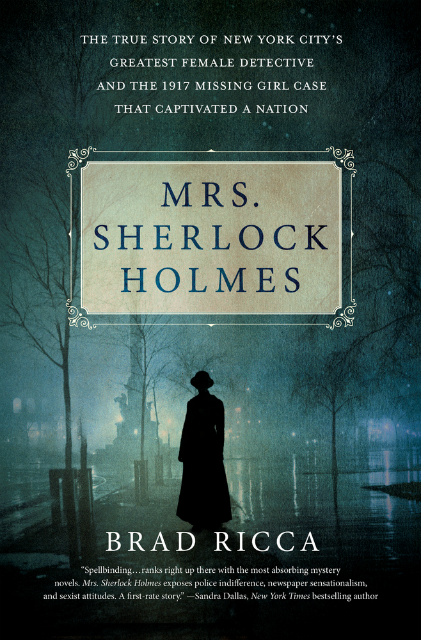 After Ricca’s acclaimed first non-fiction book in 2013, Super Boys: The Amazing Adventures of Jerry Siegel & Joe Shuster – The Creators of Superman, he spent a year cycling through rejected ideas for his next project—including the notion that his next logical subject would be Batman.

“I wanted no part of that,” he said. “The great irony is that instead I ended up writing about a woman who is rich, both her parents die, always wears black, fights crime and goes outside the law—she’s basically Batman anyway. Except she’s real and a woman.”

Ricca was eager to tell Humiston’s story as a vehicle to explore larger issues, including missing girls, white slavery and women in the political sphere. He was astounded there had been almost nothing written about her. 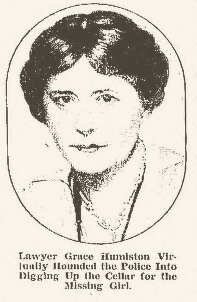 Yet, therein laid the challenge: there was no archive of her papers, trove of letters or personal files. Ricca set out to do his own detective work.

“Here you have someone who devotes her life to missing people. And here she was, a missing person,” said Ricca, who lives in Cleveland (where he was also born and raised) and earned a PhD in English from Case Western Reserve.

Ricca interviewed a relative who knew Humiston (and wished to remain anonymous), dug up newspaper accounts, court cases and police reports—mostly about the blockbuster case of 18-year-old Ruth Cruger, whose 1917 disappearance became the cornerstone of his book. 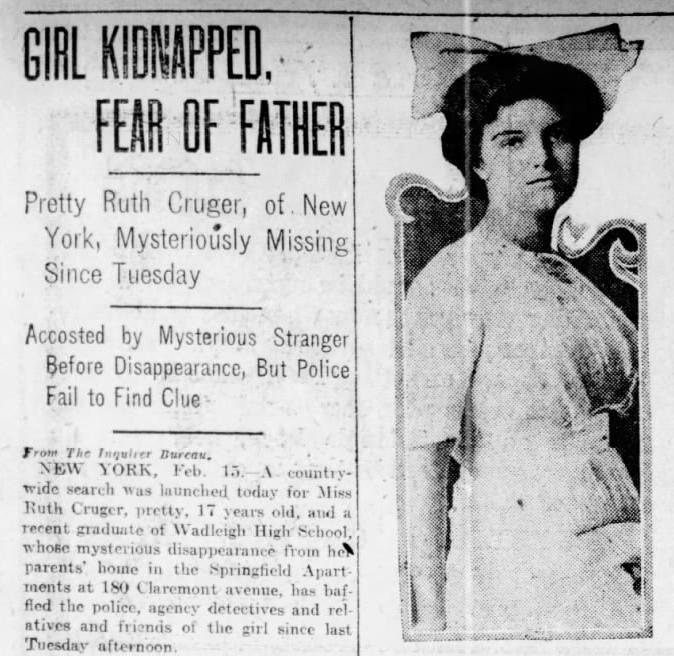 While it was not unusual for women to go missing in New York City during that era, Cruger’s vanishing while running errands the evening before Valentine’s Day captured the attention of the press.

Police concluded that she’d eloped—an explanation her family found incompatible with the person they knew. So they hired Humiston. Along with her Hungarian sidekick Julius Kron (complete with a penchant for punching people in the face and a scar on his own), Humiston solved the crime—finding Cruger’s body in a basement officers had supposedly searched twice.

The young woman had been slashed with the ice skates she’d sought to have sharpened by the killer—a shop owner and crony of the New York Police Department.

A voice for victims

The salaciousness of the story and Humiston’s unlikely heroism made her a superstar in national newspapers. She also became a target: accumulating enemies, especially among police, who were made to look incompetent. That led to inquiries that uncovered damning behavior in their ranks.

Then—aside from a few scattered episodes—Humiston disappeared from public view. When she died in the early 1940s, she left no will (despite being an attorney), but did leave behind a legacy of dogged advocacy on behalf of many less fortunate than herself.

“When you’re not doing it for money, you’re doing it for something else,” said Ricca, winner of the 2014 Cleveland Arts Prize for Emerging Artist in Literature. “She was overwhelmingly motivated by a sense of justice, especially for the underdog.” 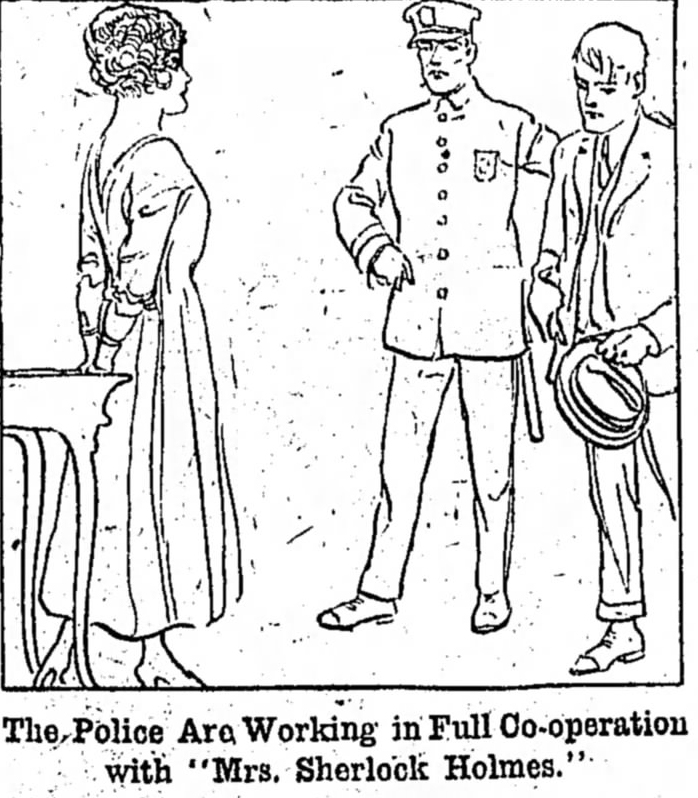 She ran a law practice dubbed “The People’s Law Firm” that refused no one, catered to immigrants, refused payment and aided in the exoneration of multiple men and women falsely accused and on death row.

In the course of investigating a missing New York husband, she discovered a Florida labor camp that effectively enslaved immigrants 40 years after the end of the Civil War. Humiston was named a U.S. District Attorney—the first woman in history to receive the title—by President Teddy Roosevelt to investigate the situation, eventually testifying before Congress and traveling abroad to enforce the shutdown of its source.

“That’s the kind of person she was,” Ricca said. “One person goes missing, she follows him down South and spends the next five years on the case, causing so much trouble that all kinds of powerful people get nervous. “I love that about her: She never stopped, made so many people mad and was so mysterious at the same time. She was not supposed to act this way.”