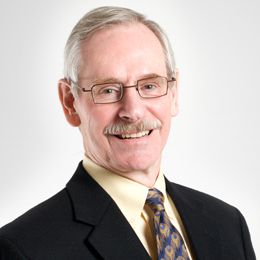 J.B. Silvers, John R. Mannix/Medical Mutual of Ohio Professor of Health Care Management, has agreed to serve as interim dean of the Weatherhead School of Management during the next three-and-a-half months, until Dean-Elect Rob Widing starts Oct. 15. He starts his new position Sunday.

“J.B. brings to this role a wealth of leadership experience within the school, university and private sector, “ President Barbara R. Snyder said. “Just as important, he long has demonstrated an extraordinary sense of commitment to this institution. Provost Baeslack and I are grateful to him for taking on this challenge.”

Also a professor of banking and finance, Silvers joined the university in 1979. He has been deeply engaged with the school since then, serving as a senior associate dean, associate dean, department chair and center director. He also has been as a member of the university’s Faculty Senate Budget Committee since 2007, chairing the group since 2010. Finally, starting in 1997 he spent three years as president and chief executive officer of QualChoice Health Plan and insurance company while on leave.

“Weatherhead is a wonderful community of faculty, staff and students,” Silvers said. “I look forward to working closely with all of them to advance the school and university during this time.”

Silvers will succeed Mohan Reddy, who chose to return to the faculty after his term as dean concluded this month. Last week the president and provost announced that Widing, dean of the Macquarie School of Management in Sydney, Australia, would be the Weatherhead School’s next permanent dean pending final approval of the Board of Trustees.

“J.B. is an individual whose intellect and demeanor immediately inspire,” Provost Baeslack said. “Add to that his deep knowledge of many key facets of the school and the university, and it became clear to us that he would be an outstanding choice to steward the school until Dean-Designate Widing arrives Oct. 15.”