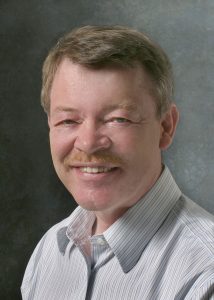 Services will be held on campus this Saturday in memory of longtime biomedical engineering professor Roger Marchant, who died last week at the age of 62.

Marchant, who earned his master’s and doctoral degrees at Case Western Reserve, spent his entire professional career at the university. In addition to his faculty position, he also was director of the Center for Cardiovascular Biomaterials, and made dramatic breakthroughs regarding ways to reduce medical device failures.

“Roger’s contributions to the university, the school, the department and innumerable students are impossible to articulate,” said Jeffrey L. Duerk, Dean of the Case School of Engineering. “His rigorous scientific standards and high expectations were matched in equal measure with his clever wit.”

Added School of Medicine Dean Pamela B. Davis: “Roger Marchant was an inventive scientist and a dedicated mentor. He was a fine faculty colleague, and we will miss him.”

Even before attending college, Marchant spent years as a research chemist, working at Birmingham, England-based Dunlop Tyre Co. for five years. He then earned his bachelor’s degree in polymer science and chemistry from University of Sussex in England. After receiving his PhD in 1984, Marchant became a senior research associate in Case Western Reserve’s Department of Macromolecular Science—a position he held for four years.

During his time working in the lab of Distinguished University Professor James Anderson, Marchant gained more than scientific expertise; he also met his wife, Kandice Kottke-Marchant, now chair of the Pathology and Laboratory Medicine Institute at Cleveland Clinic.

Marchant was one of the earliest members of the biomaterials faculty. Through his leadership and vision, biomaterials and drug delivery became—and remains—one of the largest areas of research study and largest degree tracks in the Department of Biomedical Engineering, Duerk said.

Marchant perhaps was best known for tackling one of the leading causes of medical device failure—blood clotting—by examining how devices and blood proteins that cause clotting interact. His work led to the development of better biomaterials for implants, such as stents and artificial grafts.

Marchant also led a startup company, NanoMimetics Inc.; earned a number of patents; and held leadership positions on professional committees, editorial boards and more. He was a member of the Society for Biomaterials, Biomedical Engineering Society, American Chemical Society, American Association for the Advancement of Science and International Fibrinogen Society.

“Roger Marchant was a valued colleague, a world-renowned scientist, an outstanding mentor to 27 PhD students and more than 50 undergraduate students, and a skilled and popular teacher,” said Robert F. Kirsch, chair of the biomedical engineering department. “He filled numerous leadership roles at CWRU and on the national scene across his career, and the excellent biomaterials program in BME resulted in no small part from his guidance and efforts over many years.”

Marchant is survived by his wife and two daughters, Eleanor and Alexandra.

The family requests that contributions in his name be made to Case Western Reserve University’s Department of Biomedical Engineering for a memorial lectureship in biomaterials.

Calling hours for friends will be Friday, Feb. 7, from 2 to 4 p.m. and 6 to 8 p.m. at Brown-Forward Funeral Service (17022 Chagrin Blvd., Shaker Heights). Funeral services will be held at noon on Saturday, Feb. 8, in Amasa Stone Chapel. A private interment will follow.