Drug-using patients with PTSD improved with treatment, but dropped out of therapy more often and showed less improvement in symptoms, data also shows

Letting people with post-traumatic stress disorder (PTSD) choose between treatment methods improves their quality of life and reduces the disorder’s symptoms, according to new research from Case Western Reserve University.

The same data also showed that patients with PTSD using marijuana or other drugs saw poorer outcomes from treatment, mainly because they dropped out of treatment programs—potentially prolonging their cycle of PTSD and substance use. 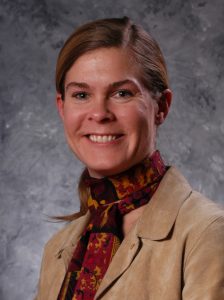 “When patients receive proven PTSD treatments, their symptoms and quality of life improve,” said Norah Feeny, the study’s co-author and a professor of psychological studies at Case Western Reserve. “When patients choose their treatment, they’re more likely to stick with it, helping the magnitude of their improvement.”

The findings were based on a study of 200 patients with PTSD, a chronic and debilitating condition that affects up to 11 percent of the population nationally, according to previous peer-reviewed research. For this study, some patients were randomly assigned one of two treatments: exposure therapy or the medication sertraline (commonly known as Zoloft). Other patients received their preferred choice of the two treatments.

Exposure therapy includes having patients talk about their traumatic experiences and gradually confront avoidances that can negatively affect relationships, work and functioning. Patients in this study met with a therapist for 10 weekly sessions.

Substance abuse itself did not seem to influence the effectiveness of either treatment, but did substantially increase the risk of dropping or not adhering to treatment. Patients with PTSD are two to four times more likely to have a substance-use disorder than people without the condition, previous studies have shown.

“Clinically, this has implications,” Feeny said. “Special emphasis can be placed on retaining these patients, perhaps by designing and emphasizing treatments that are brief and of low burden.”

Among the new findings:

Researchers explored marijuana use in particular because of increasing rates of use as more states legalize the substance.

“Also, given the opioid crisis and an estimated 300,000 veterans from recent wars suffering from PTSD or major depression, these studies further our understanding about how to best treat each patient, especially those who may be more susceptible to substance use,” Feeny said.

The research was published in two recent papers from the Optimizing PTSD Treatments study, led by Feeny and Lori A. Zoellner, of the University of Washington, and funded by the National Institutes of Mental Health since 2003.

The study “Alcohol, Cannabis, and Other Drug Use: Engagement and Outcome in PTSD Treatment” was published in the journal Psychology of Addictive Behaviors. Co-authors include Michele Bedard-Gilligan and Natalia Garcia, from the University of Washington.

The study “Effects of treatment, choice, and preference on health-related quality-of-life outcomes in patients with posttraumatic stress disorder (PTSD)” was published in the journal Quality of Life Research and co-written by Quang Le, of Western University of Health Sciences, and Jason Doctor, of the University of Southern California.