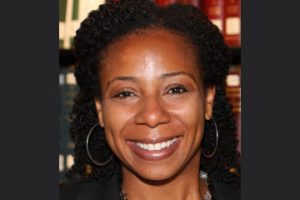 This year marks the 150-year anniversary of the abolition of slavery in America. Over the years, there have been numerous unsuccessful attempts to secure reparations for African-American slave descendants.

According to Ayesha Bell Hardaway, visiting assistant professor of law, establishing a common law trust relationship between the United States and African-Americans can be one legal approach to reparations.

Her Social Science Research Network legal research paper, “The Breach of the Common Law Trust Relationship between the United States and African Americans – A Substantive Right to Reparations,” will be published this year in New York University Review of Law & Social Change.

“It’s a controversial topic that presents important legal issues,” Hardaway said. “Some of the most brilliant minds have worked diligently to find the best legal approach to establishing the reparations claim. This is not a paper about how to fund and manage the disbursement of reparations, but it is focused on establishing that slave descendants are owed.”

Her research makes the argument that a common law trust was created between African-Americans and the United States government at the end of slavery for which compensation is still required.

“The basis for the rule of jurisprudence that comprises American common law is found in customs and court decisions, not statutory law,” Hardaway said. “A trust under the common law requires a trustee, a beneficiary and a trust corpus—the thing of value being held in trust.”

Hardaway began researching the legal aspects of reparation as a law student at Case Western Reserve School of Law about 12 years ago, with guidance from former CWRU Law Professor William M. “Chip” Carter Jr., now dean of the University of Pittsburgh School of Law.

In her research, Hardaway compares the experiences of the nation’s Native American and African-American populations. She finds that a common law trust relationship can and should be a vehicle for establishing an equitable right to African-American post-slavery reparation claims. To secure those damages, a viable waiver of sovereign immunity must be established, she writes.

According to Hardaway, existing Native American trust case law supports the argument that a common law trust relationship and any subsequent breach of those duties provide plaintiffs a right to an accounting from the government, as well as a substantive right to monetary damages.

A key to her analysis is the role of the Bureau of Refugees, Freedmen, and Abandoned Lands, generally referred to as the Freedmen’s Bureau. It was established on March 3, 1865, but only existed until 1872. The bureau assumed custody of confiscated lands and property in the former Confederate States for the benefit of the freedmen.

“By establishing the bureau, the government became the trustee,” Hardaway said. “When the government allowed the bureau to cease, it then breached its fiduciary duty to African-Americans by sanctioning laws and policies harmful to the former slaves.”

About that breach, she writes: “As a result, racial hierarchy is firmly entrenched in American society. That hierarchy is evident in current American education, justice and economic systems.”

Before joining the law school faculty, Hardaway was an assistant county prosecutor in Ohio and later practiced civil litigation for a national Cleveland-based law firm.