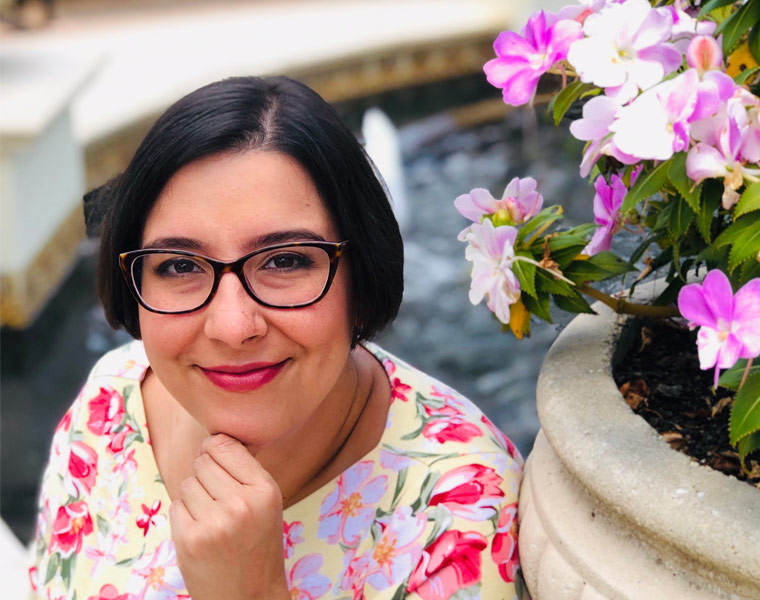 Andrea Milne, lecturer in history and SAGES teaching fellow, understands how a mentor can change a young student’s life. While a freshman at Bryn Mawr College, Milne got “stuck” in a U.S. history course due to scheduling issues. She had no plans to study history in college, but her professor changed her perception of the discipline and in doing so, altered the trajectory of her studies and career.

“At the end of that semester, she told me I had what it takes to be a great historian, and that—if it was what I wanted to do—she’d do everything in her power to help me. She kept that promise, and then some. She is my mentor and friend to this day,” said Milne.

Now Milne is paying it forward. After just three years at Case Western Reserve University, Milne is being honored with the J. Bruce Jackson, MD, Award for Excellence in Undergraduate Mentoring.

Milne will receive the award at commencement ceremonies on Sunday, May 17.

Milne is a 20th century U.S. historian specializing in gender, sexuality and patient advocacy around stigmatized diseases, especially HIV/AIDS. She draws a direct line between her chosen field of study and undergraduate mentoring, calling both “social justice work.”

“As a historian, it’s my job to puncture and reframe narratives,” she said. “I essentially do the same thing as a mentor, whether I’m disabusing somebody of the idea that their major will dictate their career path, pointing out self-defeating language in a cover letter, or showing a student in crisis that they aren’t alone.

“One need not be exceptional to be a great mentor. If you’re willing to listen and ask questions, you’re already halfway there. I spend a lot of time with my mentees helping them overcome obstacles and reach their future goals, but I spend at least as much time holding mirrors up to them: showing them how brave, accomplished, and good they already are.”

According to one of her nominators, Milne spends hours at the Writing Resource Center reviewing students’ classwork as well as applications for internships and jobs. In fact, Milne recently received the  WRC (Writing Resource Center) Excellence in Consulting Award. She remains invested in her students’ success long after the official mentoring relationship has ended.

“Dr. Milne’s dedication and support is so incredibly special precisely because she hasn’t been my advisor in over two years,” said the nominator, “but has still gone above and beyond to support me and help me in any way she could. … Despite teaching a full course load and having new first seminar advisees every year, she has never stopped making time for us to meet. I truly believe she exemplifies the best of CWRU faculty and staff.”

Milne calls the Jackson Award the highlight of her career and notes that as a woman of color living with a disability, it strengthens her commitment to making academia accessible and safe for all.

“Winning the Jackson Award tells me I’m walking my talk, and motivates me to keep going,” she said.

She says she shares the award with her colleagues in the SAGES program who inspire her to be a better teacher, scholar, adviser and mentor.

“To all of my colleagues: thank you for your brilliance, your kindness, your commitment to pedagogical innovation, and your relentless advocacy on our students’ behalf.”

The Jackson Award for Excellence in Undergraduate Mentoring recognizes the positive impact Case Western Reserve University faculty and staff have on the lives of students. It was established by J. Bruce Jackson, Adelbert ’52, in honor of Dean Carl F. Wittke, who served as an advisor, mentor, and friend to Dr. Jackson when he was an undergraduate student at Western Reserve University.