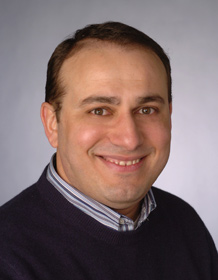 “This is, of course, an honor,” said Colares, who was born in Brazil and became a U.S. citizen last year. “It is my first opportunity to serve my country, so I am very happy. It is hard to think of another country where a foreign-born lawyer can attend law school, become an attorney, law professor and also have the opportunity to eventually represent his country of choice as an arbitrator.”

USTR, part of the Executive Office of the President, was created in 1962. USTR’s appointed arbitrators are vital to the NAFTA dispute settlement system. When a trade dispute arises, often in the form of a challenge to an antidumping or countervailing duty determination by a trade agency of any of the three countries, a bi-national panel is formed.

NAFTA arbitrators are professionals with international trade expertise. Arbitrators usually are lawyers or judges. They perform their duties as arbitrators as they carry on their regular professional duties. They preside over oral arguments and participate in deliberations. NAFTA was enacted on Jan. 1, 1994, creating the world’s largest free-trade area, producing $17 trillion worth of goods and services.