The Myanmar military’s mass murders of the Rohingya minority should be labeled genocide, according to the human-rights law firm co-founded by Case Western Reserve’s School of Law Co-Dean Michael Scharf.

The military in Myanmar, a nation in Southeast Asia where Buddhism is the main religion, has denied accusations that it had committed genocide against the Rohingya, a Muslim refugee population from western Myanmar.

The United States government commissioned the Public International Law and Policy Group (PILPG) to investigate the crisis. The Washington, D.C.-based firm issued a report on Dec. 3, based on interviews of 1,100 survivors. 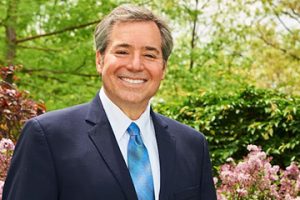 Michael Scharf, co-dean of the Case Western Reserve University School of Law and the co-founder of the Public International Law and Policy Group .

“The Rohingya were the victims of war crimes, crimes against humanity and genocide,” said Scharf, also PILPG’s managing director. “It is clear from our intense legal review that there is, in fact, a legal basis to come to that conclusion.”

PILPG, a United Nations-designated, non-governmental organization founded in 1995, offers pro bono advice to international institutions on the legal aspects of peace negotiations and constitution-drafting, as well as human-rights protection, self-determination and the prosecution of war crimes.

“The international community is obliged to protect populations subjected to atrocity crimes by their own governments and ensure justice and accountability for such crimes,” according to the PILPG report.

The firm hosted a press conference to highlight the findings. Dozens of media outlets—from Politico to The Wall Street Journal—picked up the story.

A story by Reuters noted that use of the term genocide adds pressure to U.S. President Donald Trump’s administration “to harden its own characterization of the treatment of the Rohingya, something that could oblige the U.S. government to take stronger punitive measures against Myanmar.”

PILPG works in association with the Case Western Reserve law school and American University. Over the past 20 years, PILPG has operated offices in 25 countries, providing $20 million annually in pro bono legal assistance.