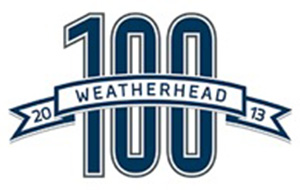 Laudan Properties LLC, a multi-faceted residential and commercial building services firm based in Twinsburg, earned the coveted No. 1 ranking in the prestigious 2013 Weatherhead 100 list of fastest-growing companies headquartered in Northeast Ohio.

The ranking, based on the most recent five years of revenue growth, has been released annually since 1988 by Case Western Reserve University’s Weatherhead School of Management to celebrate Northeast Ohio’s spirit of entrepreneurship.

In addition to property management and maintenance, inspections and preservation, Laudan Properties is an industry leader in residential remodeling. Laudan’s revenue grew 1,659 percent from 2008 to 2012 to lead all Weatherhead 100 companies.

The rankings were announced at a black-tie dinner Tuesday, Dec. 3, at Executive Caterers at Landerhaven in Mayfield Heights. The full Weatherhead 100 rankings are available online at weatherhead.case.edu/weatherhead100/winners.

“While still producing some of the world’s best manufacturers, it’s amazing to see Northeast Ohio’s economic shift to innovations in professional services, healthcare, technology and software,” said Robert Widing, dean of the Weatherhead School. “We are proud to be associated with firms across all sectors who are leading the way for our region.”

The winning companies were ranked in three categories:

In the Upstart category, US Freight LLC, of Cleveland, received the highest ranking (growth rate 1,856 percent), while the top-ranked Centurion company was Mazzella Holding Co. in Cleveland (252 percent).

To be considered for the Weatherhead 100, applying companies must be headquartered in Ashland, Ashtabula, Cuyahoga, Erie, Geauga, Huron, Lake, Lorain, Mahoning, Medina, Portage, Richland, Stark, Summit, Trumbull or Wayne counties. The businesses cannot have been a subsidiary of another company during the last five years, an individual franchise operation or a nonprofit organization.

“Outbreak! A Classroom Simulation Of A Unified Response To A Progressing Epidemic”