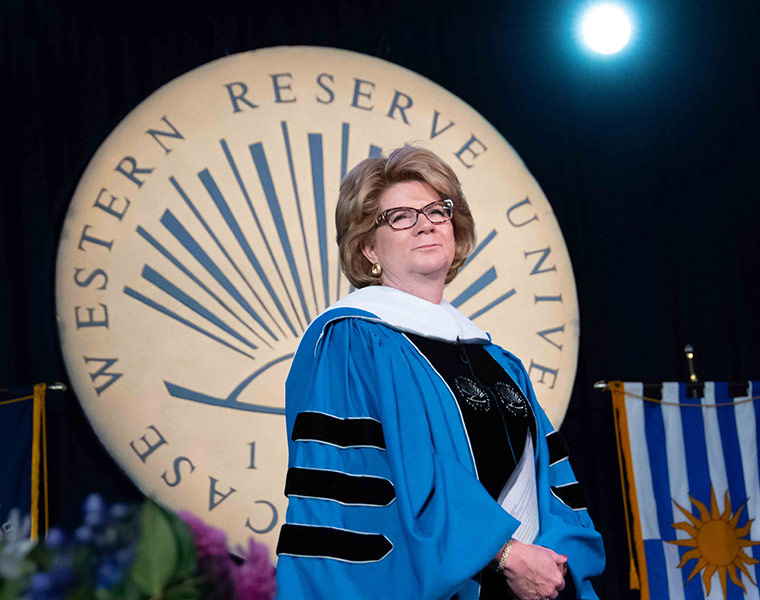 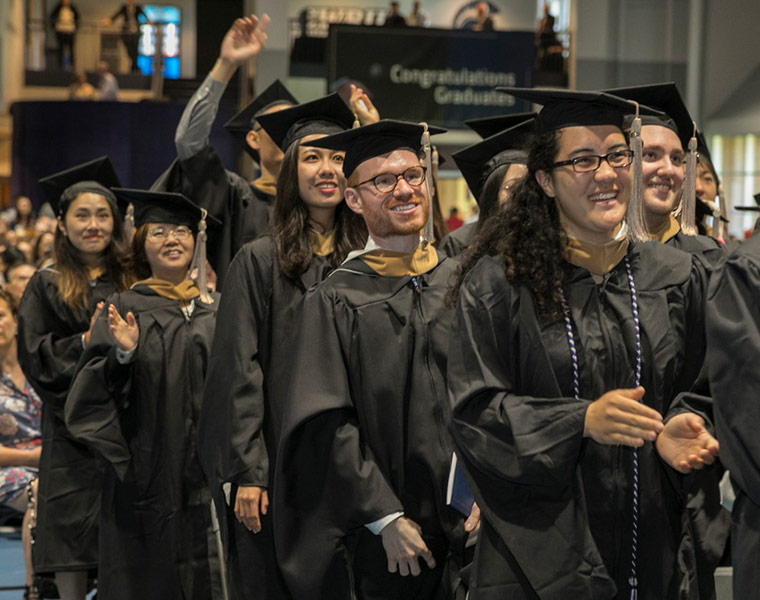 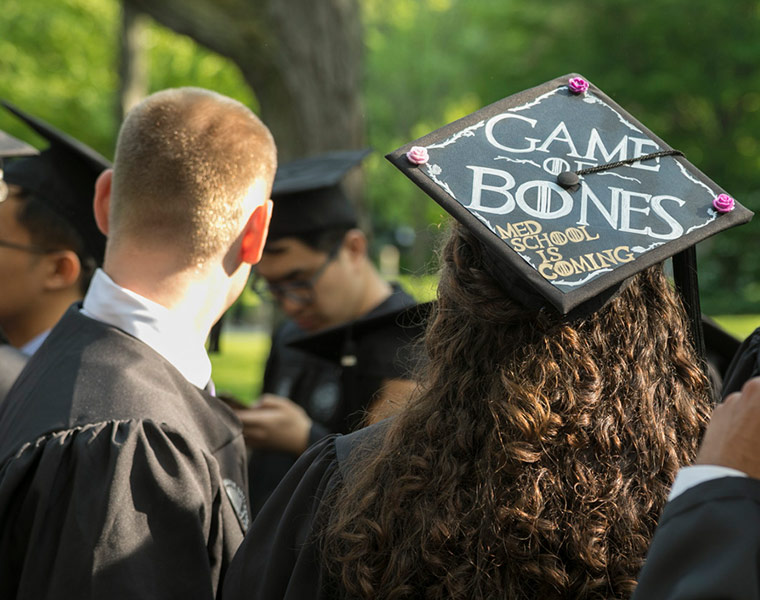 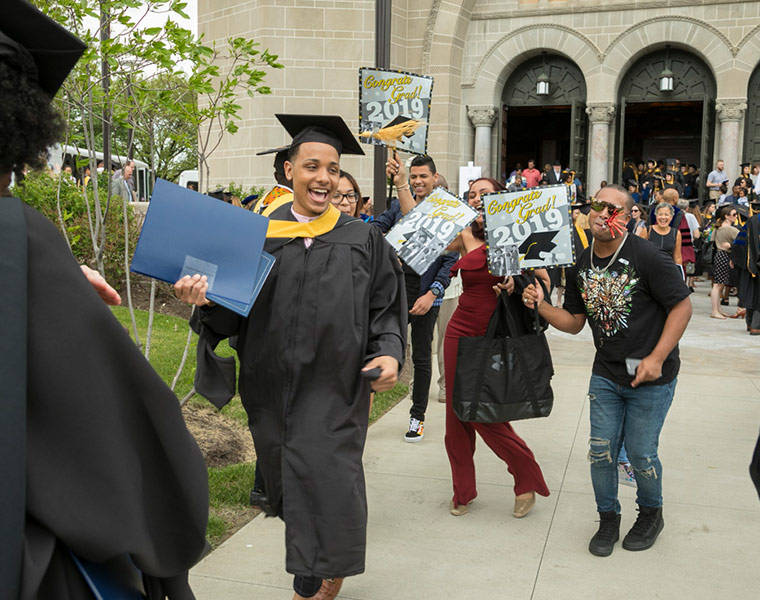 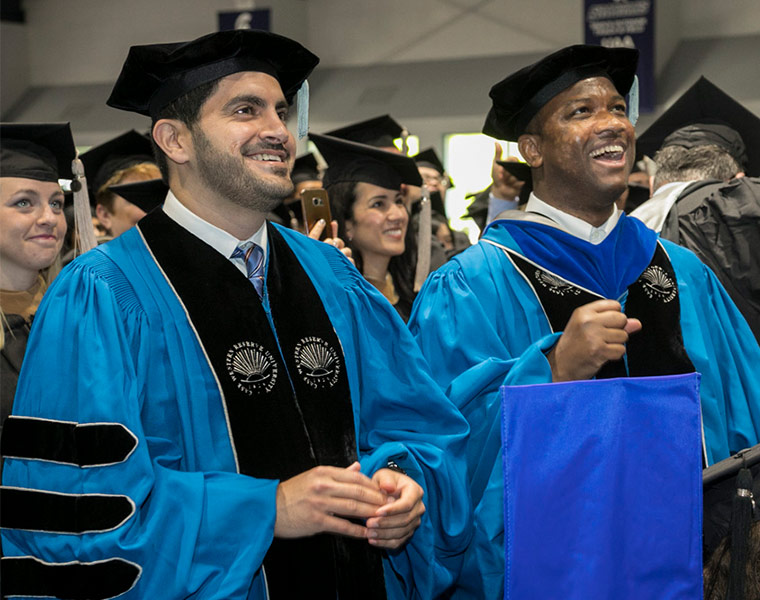 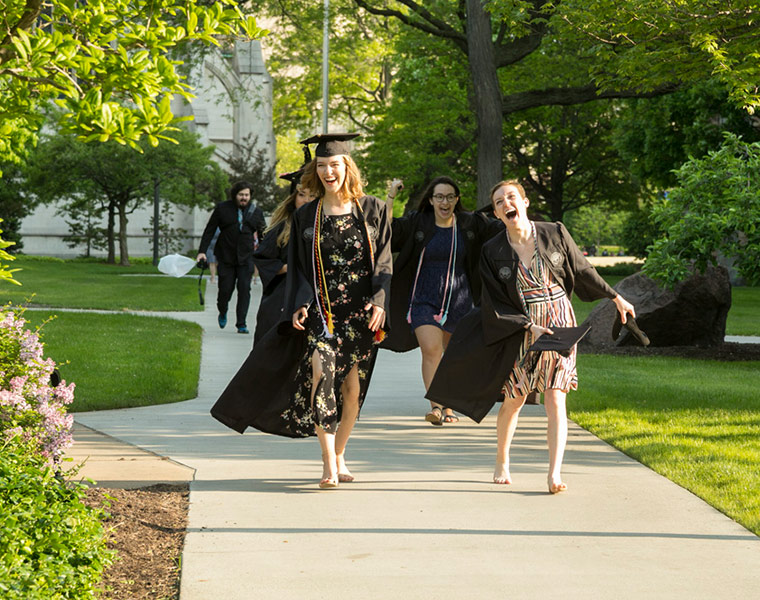 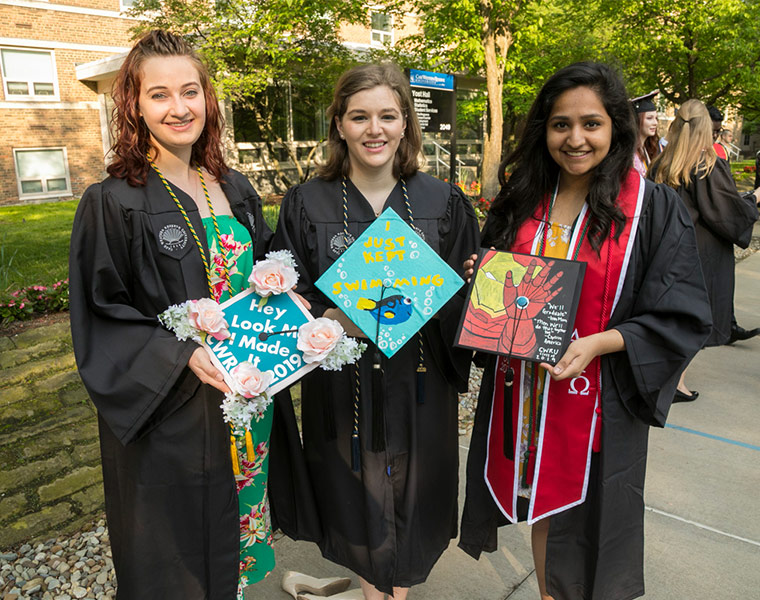 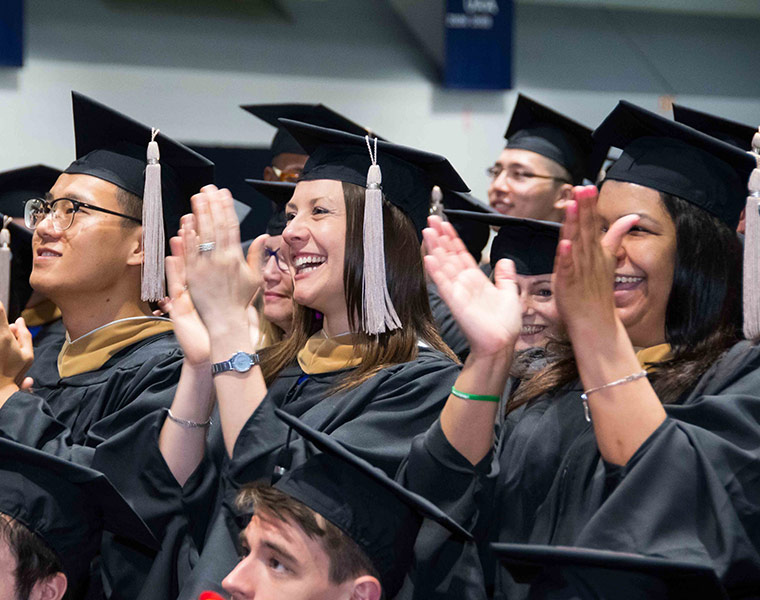 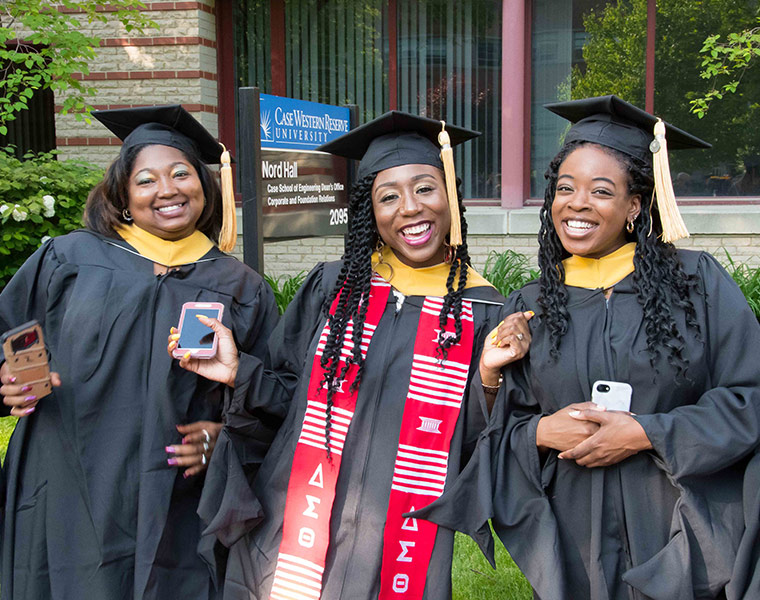 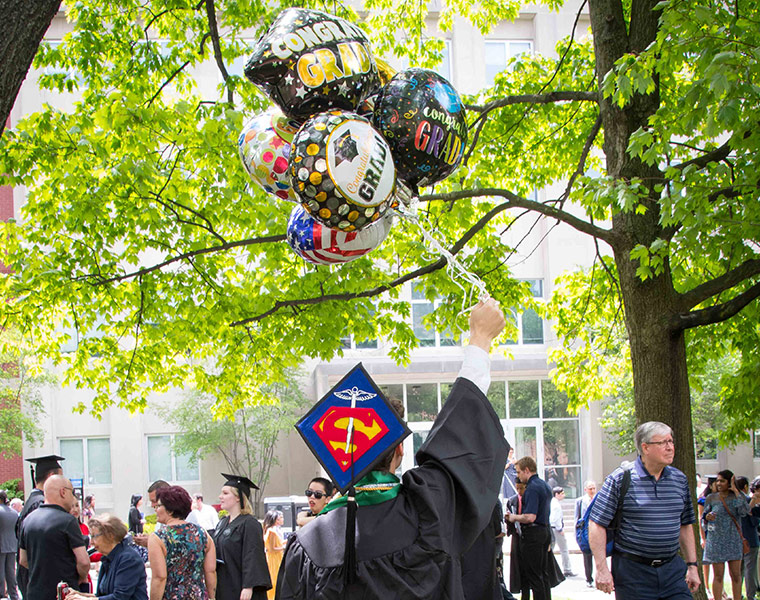 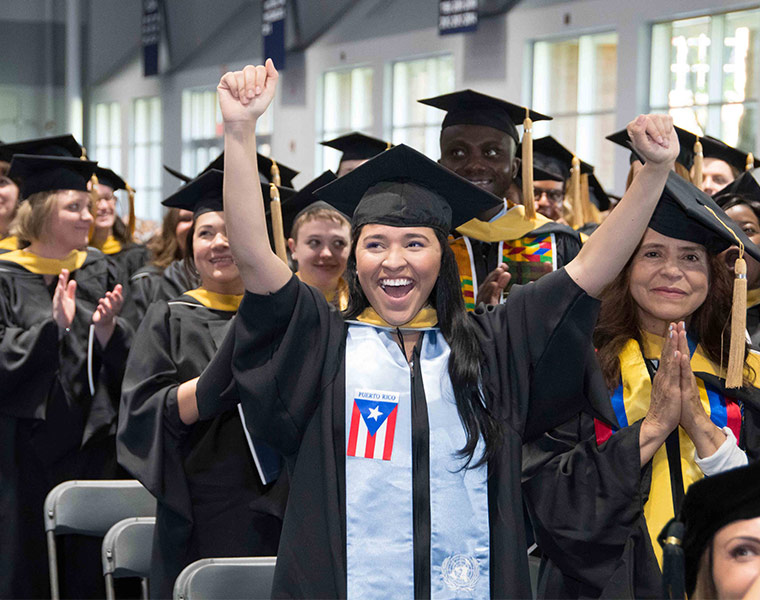 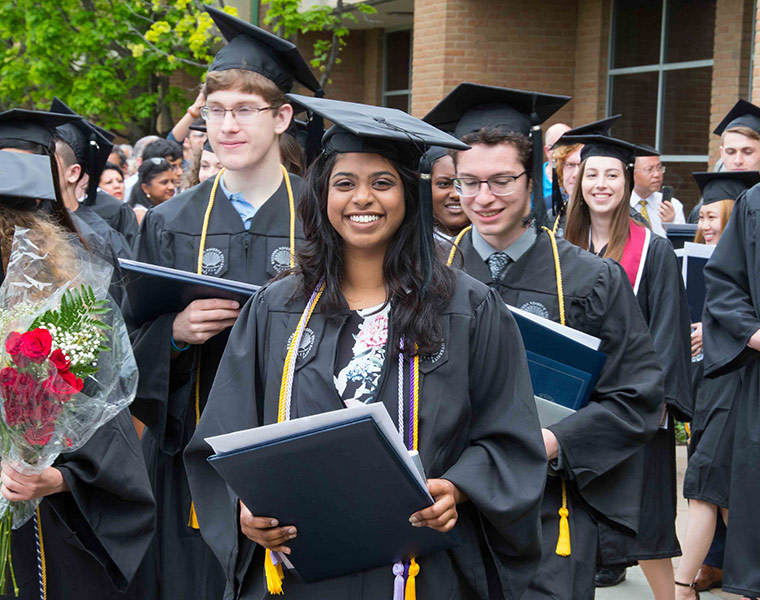 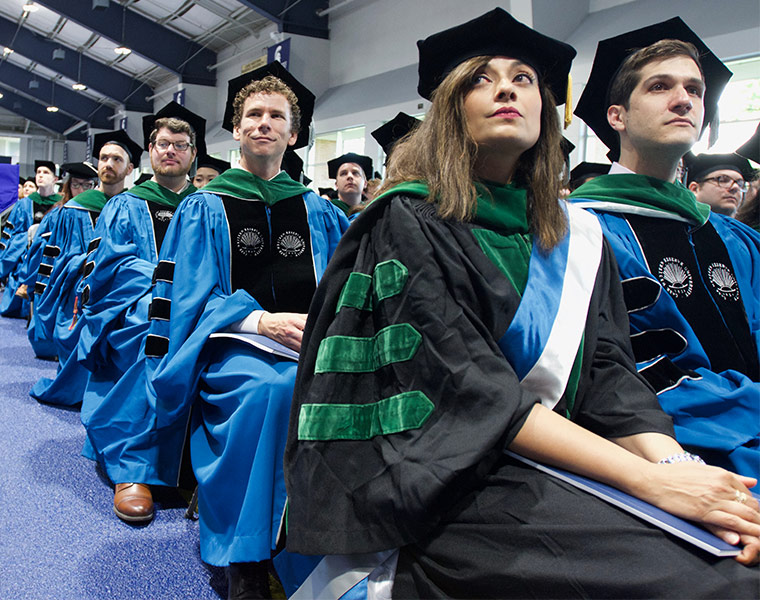 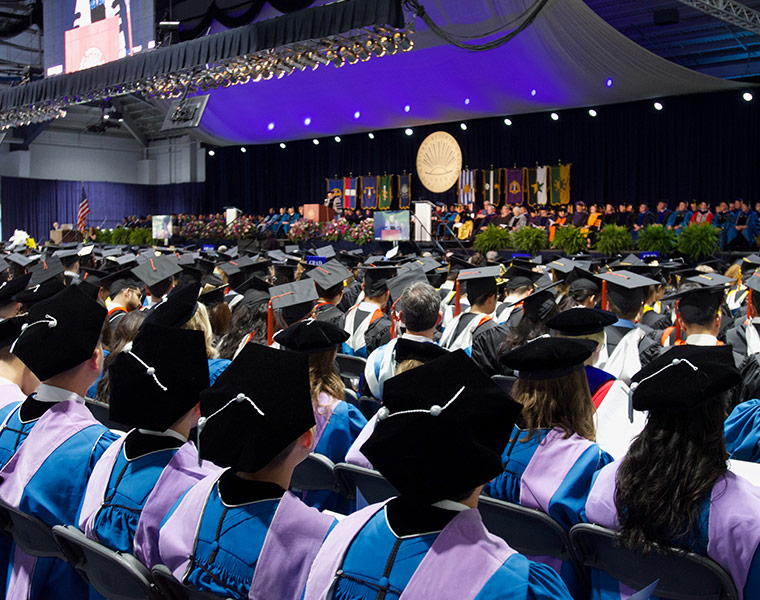 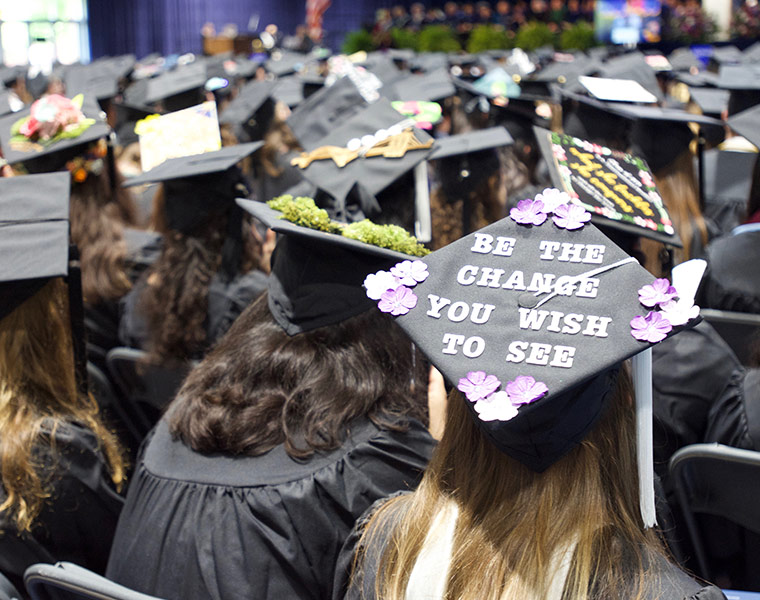 When KeyCorp Chairman and Chief Executive Officer Beth Mooney graduated from the University of Texas in 1977, she found that earning a degree with highest academic honors did little to help her land a job.

And while the world has changed dramatically over the ensuing decades, Mooney explained, many of the lessons she learned early in her career continue to apply today. For example, the common commencement advice to “find your passion” requires more than individual reflection.

“You can’t do this in your head,” she warned. “You have to get out there and try different experiences. … We learn who we are, and what we are capable of, by testing and learning—not in theory, but in practice.”

For Mooney, that first position as a secretary happened to be in a bank, and she found the industry interesting enough that she applied for bank training programs. When no one would hire her, she refused to surrender. Instead, Mooney made the most of an opportunity to meet the leader of one of the training programs­—arguing and pleading for three hours until he finally gave her the position.

Even better, he added a condition to the offer: She had to earn an MBA while she was working. The credential proved essential to her career, so much so that she made a point of thanking that training leader when she became the first female CEO of a top 20 U.S. bank.

Mooney’s mention of her pioneering accomplishment drew such loud and sustained applause that she had to stop her remarks for a few moments—an interruption that made her smile.

As KeyCorp’s first female CEO, Mooney has emphasized that acting in the best interests of customers, employees and communities ultimately leads to success for shareholders as well. As one example, university President Barbara R. Snyder noted that the bank has significantly increased diversity under Mooney’s leadership, with more than a third of top positions—and 44 percent of board seats—held by underrepresented minorities and women.

In recognition of these contributions, Mooney was one of three individuals to receive honorary degrees during Sunday’s ceremonies. The others were Case Western Reserve alumnus David Scadden (MED ’80), a pioneer in stem cell research and bone marrow transplantation, and Peter van Dijk, an award-winning architect and preservationist.

Distinguished University Professor Philip Taylor, a member of the university faculty for 57 years, received the Frank and Dorothy Humel Hovorka Prize, awarded annually to a faculty member in recognition of teaching, research and service that has benefited the community, nation and world. Taylor has published more than 200 journal articles, advised and mentored more than 50 doctoral and postdoctoral students, and has several scientific phenomena that bear his name.