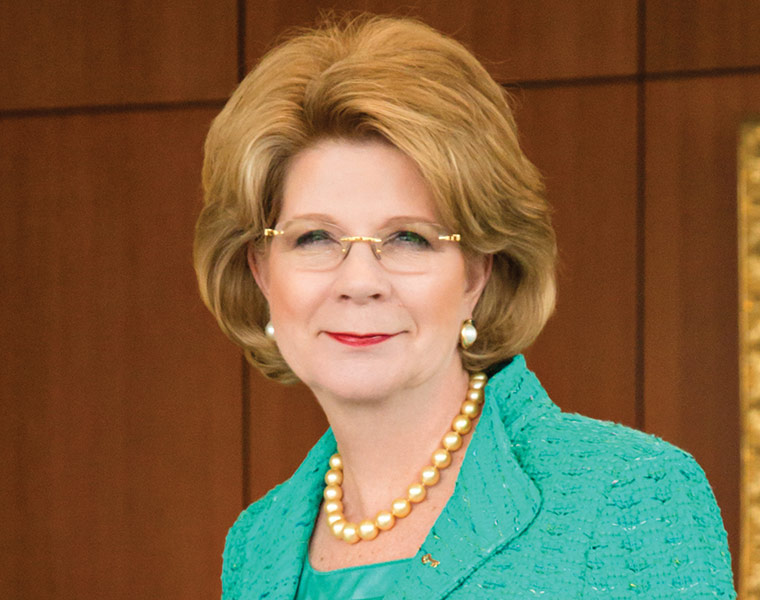 After graduating from the University of Texas at Austin with a history degree, Beth Mooney took a job as a bank secretary in Houston, making $10,000 a year. The interviewer asked only if she could type, according to a Forbes profile.

That was 1977. By 2011, she had become the first female chief executive officer and chairman of one of the 20 largest banks based in the United States.

“I never had a five-year plan,” she told Forbes in 2011. “I played my career more like a game of cards. You start with the hand you’re dealt, keep one and throw one. I always welcomed the opportunity to take a challenge and prove myself.”

Mooney, chairman and chief executive officer of Cleveland-based KeyCorp, will share similar lessons learned along that historic path—as well as what it took to muster the energy, drive and resilience to achieve it—as commencement speaker for the Case Western Reserve University Class of 2019.

Mooney will address roughly 5,000 graduates, guests and university officials during the university’s convocation at 9:30 a.m., Sunday, May 19, at the Veale Convocation, Athletic and Recreation Center.

“Beth Mooney has achieved tremendous professional success during her career in banking,” President Barbara R. Snyder said. “As KeyBank’s CEO, she has demonstrated a profound commitment to civic leadership in Cleveland and to advancing women leaders in business around the world. Our graduates will learn a great deal from her.”

Mooney, who joined KeyCorp in April 2006 as vice chair of Key Community Bank, has more than 35 years of experience in retail banking, commercial lending and real estate financing. Before Key, she was senior executive vice president and chief financial officer for what is now Alabama-based Regions Financial Corp.

Her banking career included roles of increasing responsibility at Bank One Corp., Citicorp Real Estate Inc., Hall Financial Group and Republic Bank of Texas/First Republic—a steady rise to the top that involved “working in every corner of the banking business at a half-dozen different financial institutions” and no less than nine moves in 16 years, according to a 2018 Fortune interview.

It all began when the gutsy, determined young bank secretary, aspiring for more, “took downtown Dallas ‘by storm,’ knocking on the door of every big bank to demand acceptance into their management training programs,” according to the Fortune interview.

“At the Republic Bank of Dallas, she refused to leave the manager’s office until he offered her a job,” Fortune reported. ”Three hours later, he acquiesced, provided she earned an MBA from Southern Methodist University by night.”

At the helm of KeyCorp, Mooney gained a reputation “as one of industry’s most ethical and civic-minded leaders,” according to American Banker, which named her “2017 Banker of the Year.” Under her direction, the respected industry publication noted, Key significantly increased its investments in community revitalization and developed products and services geared toward underserved consumers.

“These commitments have helped Key earn an outstanding Community Reinvestment Act rating from federal regulators in every year that Mooney has been CEO, as well as numerous awards for citizenship and corporate responsibility,” American Banker reported.