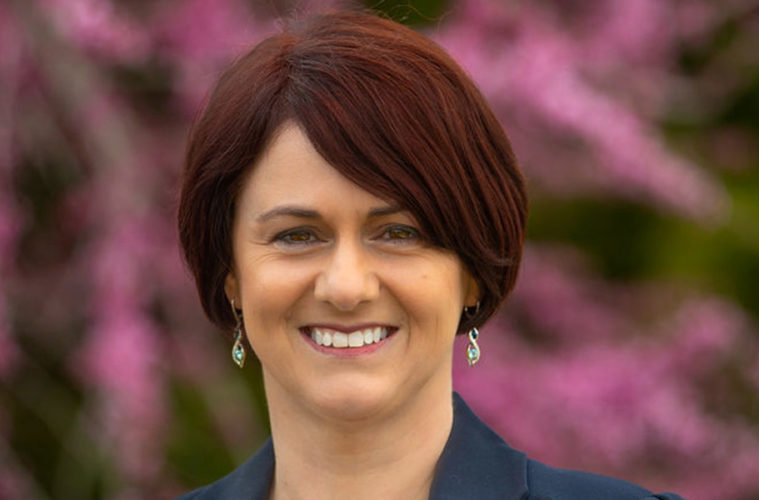 President Barbara R. Snyder and Provost Ben Vinson III today announced the appointment of an accomplished scientist and academic leader as the next dean of the College of Arts and Sciences.

Joy K. Ward, an associate dean for research and dean’s professor at the University of Kansas (KU), will begin her new role July 1.

“Joy’s own exceptional research achievements, coupled with her strong success in catalyzing accomplishments among others, make her the right person to lead the College of Arts and Sciences at this moment,” President Snyder said. “We are delighted to welcome her to our campus.”

Internationally recognized for her studies on how plants adapt to changing environments, Ward has led multiple initiatives on her campus and served in advisory and leadership roles for federal agencies and other organizations, including the National Academy of Science’s Frontiers of Science program. Since 2010 she has been a member of the Board of Trustees for the University of Kansas Office of Research, an independent entity that advocates for and supports the institution’s research and commercialization efforts.  In 2017, she was selected to lead scientific research in KU’s College of Liberal Arts and Sciences, where she worked from the local through national levels to build research productivity and collaborations.

In partnership with the leader of research in the arts and humanities, Ward co-developed and led a Research Excellence Initiative where university donors provided financial support to enable faculty to excel in research while simultaneously mentoring students; in year one, the initiative yielded a $7 return on investment in external grant funding for every $1 committed by donors. This unique initiative was designed to fund research and scholarship across the arts, humanities and sciences in order that all of these fields would have access to donor-driven supports. In 2018, Ward also secured a $1.5 million private donation to endow a postdoctoral position at KU.

In her associate dean role, Ward also facilitates working with chairs and search committees in the College to increase the number of underrepresented candidates considered for faculty positions in STEM fields. Since 2004, she has served as an advisor and mentor for National Institutes of Health programs focused on increasing diversity among students pursuing STEM fields.

“Joy’s career demonstrates a long and consistent commitment to supporting and advancing the efforts of others,” Provost Vinson said. “Her effectiveness in those efforts stems from an inherent passion for the work, as well as an impressive understanding of the complexities of leadership. She will be an outstanding dean for the college.”

Ward is a 2018 graduate of the Food Systems Leadership Institute, an intensive two-year executive development program sponsored by the Association of Public and Land-Grant Universities that focuses on food system leaders in higher education, government and industry. In 2014 KU named her a senior administrative fellow as part of a program to prepare campus leaders for greater opportunities in higher education. In 2015 she became a dean’s professor, the highest honor a faculty member in KU’s College of Liberal Arts and Sciences can receive.

“After 16 years at KU, I recognized that it would take a very special opportunity to persuade me to leave a university that has been so good to me,” Ward said. “From my first interactions with the College of Arts and Sciences’ search committee, I quickly realized that this is a special place with people eager to contribute and excel in meaningful ways through student mentoring, top-notch scholarship, and collaborations throughout the Cleveland metropolitan area. I am also a firm believer in the value of a College that integrates the arts, humanities, and sciences, allowing us to have a broader outlook on educating students and more informed perspectives on societal challenges. I am honored and greatly humbled to have been asked to join this enriching community.”

The recipient of a Presidential Award for Early Career Scientists and Engineers (PCASE) and a CAREER award from the National Science Foundation, Ward studies ways that plants have adapted to changing environments over time, work that carries significant implications for helping to feed a growing world population in the future. In 2010, the Kavli Foundation and National Academy of Sciences named her a Kavli Fellow, an honor reserved for the nation’s most promising scientists and engineers under the age of 45.

Ward received her B.S. degree in biology from Penn State University and earned her doctorate at Duke University. Ward has published 40 peer-reviewed articles and has maintained federal funding since she first became a faculty member in 2003.