Is the Roberts Court pro-business? Not necessarily, according to new book by law professor

Does the United States Supreme Court under Chief Justice John Roberts live up to a pro-business tag attached by some court watchers? Or does the court shift in directions that make it seem anti-business? 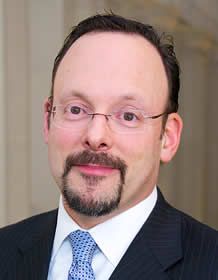 “The goal was to create a volume that had value to corporate counsel, partners in firms, appellate practitioners and people who follow the court in a professional capacity,” said Jonathan H. Adler, the book’s editor and contributor of its introduction and final chapter, “Business as Usual? The Roberts Court and Environmental Law.” Adler is the Johan Verheij Memorial Professor of Law and director of the Center for Business Law and Regulation at Case Western Reserve University School of Law.

Business and the Roberts Court provides clues about how the nation’s high court may respond to business cases put before it in the years ahead, when a replacement is eventually chosen for conservative Justice Antonin Scalia, who was found dead in Texas on Feb. 13. The book was compiled before Scalia’s death.

Business law and regulatory cases touch on many important legal doctrines and can have far-reaching effects. Understanding the basis on which the Supreme Court decides business-related cases is of tremendous importance to practitioners and academics, Adler said.

Business and the Roberts Court covers extensive ground by:

Roberts was appointed to the United States Court of Appeals for the District of Columbia Circuit in 2003. President George W. Bush nominated him as chief justice of the United States, and Roberts took his seat on Sept. 29, 2005.

The nominee of a politically conservative president was widely assumed to be pro-business. Adler’s introduction, “In Search of the Pro-Business Court,” raises the prospect that the Supreme Court under Roberts hasn’t been predictable.

Taken together, the book’s chapters lead to a conclusion, according to Adler, that where business interests seek outcomes that are in line with the justices’ doctrinal commitments, they can expect to prevail. Yet, where a business is unable to marshal arguments that appeal to the justices’ underlying judicial philosophies, its odds are less favorable, no matter how much a business may believe is at stake.

“This volume should make clear that the Court’s tendencies in business-related cases are not easily reduced to a hashtag slogan,” Adler said.

Since Roberts was confirmed, the Court has handed the business community its share of victories, but it has also handed business groups substantial losses, Adler wrote.

For example, businesses would likely approve of decisions raising the formal bar for filing many lawsuits, upholding broad arbitration clauses and rejecting new avenues of class-action litigation against large corporations.

The Court has also refused to pre-empt litigation against drug makers or block state immigration laws penalizing businesses that hire undocumented workers, and it unleashed the federal regulation of greenhouse gases by the U.S. Environmental Protection Agency. Adler wrote the in the book’s introduction that “these are hardly outcomes favored by big business.”

Among the book’s authors and chapter titles: