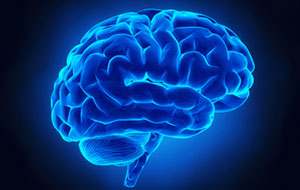 An iron imbalance caused by prion proteins collecting in the brain is a likely cause of cell death in Creutzfeldt-Jakob disease (CJD), researchers at Case Western Reserve University School of Medicine have found.

The breakthrough follows discoveries that certain proteins found in the brains of Alzheimer’s and Parkinson’s patients also regulate iron. The results suggest that neurotoxicity by the form of iron, called redox-active iron, may be a trait of neurodegenerative conditions in all three diseases, the researchers say.

Further, the role of the normal prion protein known as PrPc in iron metabolism may provide a target for strategies to maintain iron balance and reduce iron-induced neurotoxicity in patients suffering from CJD, a rare degenerative disease for which no cure yet exists.

The researchers report that lack of PrPC hampers iron uptake and storage, and more findings are now in the online edition of the Journal of Alzheimer’s Disease.

“There are many skeptics who think iron is a bystander or end-product of neuronal death and has no role to play in neurodegenerative conditions,” said Neena Singh, a professor of pathology and neurology at Case Western Reserve and the paper’s senior author. “We’re not saying that iron imbalance is the only cause, but failure to maintain stable levels of iron in the brain appears to contribute significantly to neuronal death.”

Prions are misfolded forms of PrPC that are infectious and disease-causing agents of CJD. PrPc is the normal form present in all tissues including the brain. PrPc acts as a ferrireductase, that is, it helps to convert oxidized iron to a form that can be taken up and utilized by the cells, the scientists show.

In their investigation, mouse models that lacked PrPC were iron-deficient. By supplementing their diets with excess inorganic iron, normal levels of iron in the body were restored. When the supplements stopped, the mice returned to being iron-deficient.

Examination of iron metabolism pathways showed that the lack of PrPC impaired iron uptake and storage, and alternate mechanisms of iron uptake failed to compensate for the deficiency.

Cells have a tight regulatory system for iron uptake, storage and release. PrPC is an essential element in this process, and its aggregation in CJD possibly results in an environment of iron imbalance that is damaging to neuronal cells, Singh explained.

It is likely that as CJD progresses and PrPC forms insoluble aggregates, loss of ferrireductase function combined with sequestration of iron in prion aggregates leads to insufficiency of iron in diseased brains, creating a potentially toxic environment, as reported earlier by this group and featured in Nature Journal Club.

Recently, members of the Singh research team also helped to identify a highly accurate test to confirm the presence of CJD in living sufferers. They found that iron imbalance in the brain is reflected as a specific change in the levels of iron-management proteins other than PrPc in the cerebrospinal fluid. The fluid can be tapped to diagnose the disease with 88.9 percent accuracy, the researchers reported in the journal Antioxidants & Redox Signaling online last month.

Singh’s team is now investigating how prion protein functions to convert oxidized iron to a usable form. They are also evaluating the role of prion protein in brain iron metabolism, and whether the iron imbalance observed in cases of CJD, Alzheimer’s disease and Parkinson’s disease is reflected in the cerebrospinal fluid. A specific change in the fluid could provide a disease-specific diagnostic test for these disorders.