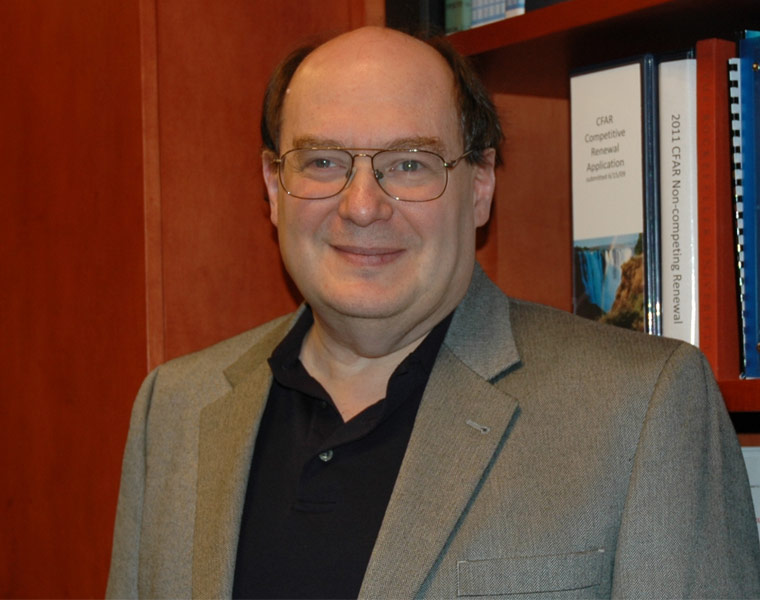 Eradicating or finding a functional cure for HIV has been a primary focus of Jonathan Karn’s career, earning him a global reputation as an HIV-cure thought leader. An internationally recognized molecular virologist, he initially built his career on conducting pioneering basic research on the study of transcriptional control in HIV. Since coming to Case Western Reserve University in 2002, he has become increasingly involved in translational research, taking advantage of the opportunity to advance HIV research to the bedside.

At Case Western Reserve, he chairs the Department of Molecular Biology and Microbiology and is director of the university’s Center for AIDS Research (CFAR). On Aug. 31, he will add the title of Distinguished University Professor to his long list of achievements, the highest honor a faculty member can receive.

“I feel honored and very lucky to receive this recognition. Working closely with my colleagues, we have developed institutional resources and research excellence in HIV far beyond anything that my laboratory could have built on its own,” said Karn.

For decades, he has been a go-to person by colleagues in the HIV/AIDS research field.

“Jonathan is, without doubt, one of the most impactful scientists working today on basic studies of HIV, leading a group that has maintained a reputation for developing cutting-edge concepts and technologies,” said a colleague from another university.

In the late 1980s and early 1990s, Karn made the crucial discovery that the HIV transcriptional regulatory proteins Tat and Rev are RNA-binding proteins. This finding has been described as a seminal discovery in the early fight against AIDS as it helped explain why we can’t cure HIV with antiretroviral drugs and illuminated the underlying molecular mechanisms of HIV latency.

And when the world began trying to make sense of the implications of a global pandemic, Karn’s expertise as a virologist was instrumental in leading the response. In April 2020, he cofounded the Cleveland SARS-CoV-2 Task Force, a group of more than 250 faculty members from all of the Cleveland area’s hospitals and medical centers that has undertaken a number of large multi-investigator studies related to the coronavirus. Under his co-leadership, the group has obtained more than $10 million in funding to examine multiple aspects of the virus, including introducing critical mutations that might disable it.

“Dr. Karn is an internationally admired scientist, incredibly productive investigator, outstanding teacher and mentor, and collaborator of the first rank. His leadership of the RUST-BELT Center for AIDS Research, and his efforts in Uganda to lessen the burden of HIV have been remarkable achievements, and to transfer diagnosis technology have had tremendous impact,” said School of Medicine Dean Stan Gerson. “I am delighted with his selection as a Distinguished University Professor.”

Karn’s research is supported by more than $18.3 million in research funding through 2025. His more than 90 primary research papers, 42 reviews and eight patents are evidence of his scientific contributions. His scholarly impact extends as a mentor to others, having guided 37 postdoctoral fellows, 13 graduate students, four research scientists and nine research associates since 1980.