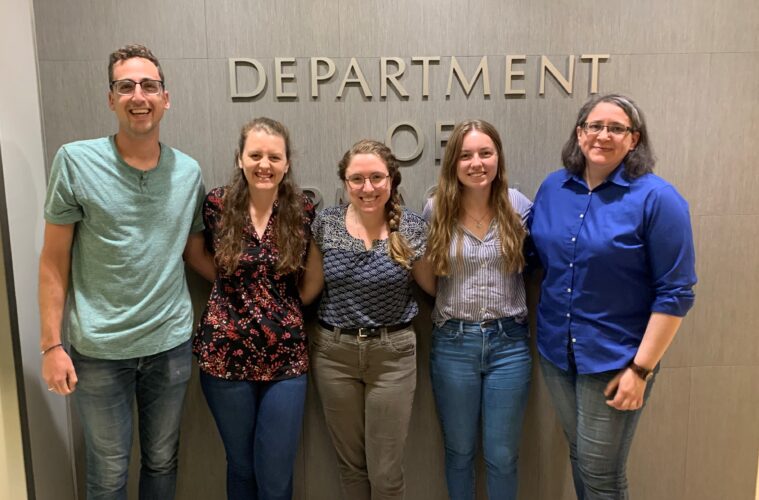 How does funding work, anyway? PhD students at the School of Medicine share their experiences with F31 NIH grants

This article is part of a series highlighting student involvement in research at Case Western Reserve University by Carson Smith, a PhD student in the Department of Pathology. Smith is passionate about research and science communication—and where they intersect.

August is upon us, and as some students arrive on campus for the first time, others are gearing up to apply for grants that will drive their careers and research. This month marks one of three submission deadlines for grants from the National Institutes of Health (NIH), including those from the institute’s graduate student grant initiative, the F31 program.

While dozens of students at Case Western Reserve University have held F31 grants over the years, many people on campus are unfamiliar with the program altogether. The Daily spoke with recipients of the F31 grant in the School of Medicine about the program, what they found helpful, and if they would recommend it for their peers beginning their graduate education.

The F31 grant program is a series of NIH-directed grants designed for students who are early in their PhD programs, typically less than a year out from passing their qualifying exams. As part of the F31 grant, applicants submit a six-page research proposal and a detailed training program to compete for funding that can support the remainder of their doctoral training.

While Case Western Reserve has hosted many F31 grant recipients since 1989, only 15 students are currently supported by this prestigious program. Marvin Nieman, vice dean of graduate education and associate professor in the Department of Pharmacology—which currently hosts five of the university’s F31-supported students—was quick to praise the F31 program as an opportunity to advance students’ research and career goals, regardless of what those goals are.

“The NIH doesn’t care what path you want to take,” he explained, noting recent recipients have written workshops, conferences and even additional classes aimed at furthering their training into their training plans. “They just want you to have a career plan that’s mapped out.”

Many grant recipients choose to pursue careers in academia, but F31 grants are not just for PhD students aiming for academic positions. Matthew Pleshinger, a fifth-year PhD student in pharmacology who was awarded an F31 grant for his research on small molecule drug targets to treat multiple sclerosis, says he included shadowing opportunities from nearly a dozen local biotechnology companies in his training plan to help facilitate future career opportunities in industry.

“I think that was really a key component of my application that made it stand out,” he added. “We talked to a lot of biotech companies in the area, and about 11 of them agreed to sign a letter of support for me for my grant application.”

That shadowing experience has already had practical impacts for Pleshinger, who said he has begun networking for potential industry careers after he finishes his degree.

As for Kimberly Parker, a fellow F31 grant recipient in pharmacology, she says her mentors at Case Western Reserve were instrumental in making her application successful. Parker, who has since upgraded her F31 for a F99 grant that will fund her postdoctoral training, shared that older students at CWRU provided invaluable support through peer reviewing and mentoring her through the process. She also credits her department for facilitating resources such as peer mentoring and compilations of past applications.

When asked if the extra work was worth it, all F31 recipients with whom we spoke had one answer: absolutely. And according to Nieman, they’re right to think so—he explained the grant is truly “external validation that sets candidates apart.”

“I don’t think I would be quite as excited about academia if I didn’t have these known mechanisms like the F31 and F99,” said Parker. She pointed out that funding is highly competitive, and being awarded student grants from the NIH gave her confidence that she will succeed in getting larger grants as a principal investigator herself. In the short term, having her own funding for postdoctoral training will give Parker a greater degree of autonomy over projects in her postdoctoral lab.

Another F31 recipient, Wyatt Bensken, agreed that the F31 had already had positive impacts for his career. He said the F31 grant he received as a student in the Department of Population and Quantitative Health Sciences helped him learn skills he uses in his new role as a health disparities investigator at OCHIN, a nonprofit with the largest collection of community health data in the country.

The F31 is not the only grant available to burgeoning researchers who want to stand out from their peers. The NIH’s cousin, the National Science Foundation, also offers grants under its Graduate Research Fellowship Program, while many institutions offer funding for research in the humanities and social sciences. Grants such as these serve a vital role in helping train graduate students for their post-graduation careers.

Successful grants show professional recognition of a skill set that can be used across many careers and disciplines. Whether it’s the ability to manage a project or to clearly communicate planned research and conclusions, grants such as the F31 and its cousins help prepare graduate students for their futures outside of graduate school.

Interested in learning more about NIH grants for your research? Visit the NIH website for more information about research funding opportunities for graduate students.

Or, interested in learning more about grants available in the social sciences and humanities? Check out these resources compiled by the university’s Office of Research & Grant Development.