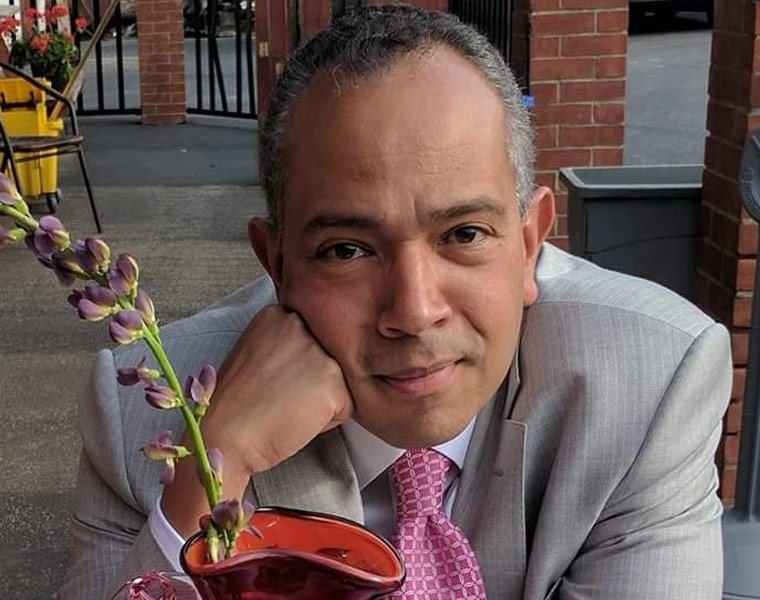 Benigno Rodriguez was known among colleagues as not only a brilliant clinical trialist in HIV research, but also a kind and generous person.

Now, Rodriguez’s friends and colleagues in the AIDS Clinical Trials Unit are mourning the loss of Rodriguez after he passed away last week at the age of 52.

After earning his medical degree and starting his career in his native Colombia, Rodriguez arrived in Cleveland in the early 2000s, completing a fellowship in infectious disease at Case Western Reserve University and University Hospitals.

“From early on, it was clear that he was a rising star,” said Robert Salata, a colleague of Rodriguez and the STERIS Chair of Excellence in Medicine.

Rodriguez’s contributions to HIV research were broad. Clinical trials he led were designed to prevent the morbidities of HIV infection and more recently targeted mechanisms that might eradicate infection.

Michael Lederman, the Scott R. Inkley Professor of Medicine, described Rodriguez as “brilliant” and one of the most “thoughtful, careful, analytical” people he ever met.

Rodriguez’s contributions to the field were notable. Lederman pointed to a first-authored paper by Rodriguez that appeared in JAMA in 2006. The paper, titled “Predictive value of plasma HIV RNA level on rate of CD4 T‐cell decline in untreated HIV infection,” was initially received as controversial, Lederman said, but the key conclusion of the work—that factors besides HIV replication are major determinants of HIV pathogenesis—is now widely accepted in the HIV research and care communities.

Rodriguez established a legacy at CWRU, and Salata said his shoes will “be hard to fill.”

“Benigno was an immensely talented physician, not only as an excellent infectious diseases physician and teacher but also as a leader in clinical research focused on innovative clinical trials and studies related to HIV/AIDS,” said Henry Boom, professor of medicine.

Outside of his work, Rodriguez was an experienced SCUBA diver and took captivating photos of his underwater finds, many of which came to adorn the walls in his office.

On Sundays, he walked to On the Rise with his dog, catching up with colleagues and other regulars at the bakery, his colleagues remembered.

Rodriguez also formed a bond with one of Lederman’s dogs, who was frightened by most people. But not Rodriguez. As soon as the dog heard Rodriguez’s car in the driveway, he’d come running.

“He recognized something special in Benigno,” Lederman said.

The Daily will share information about memorial services should they become available.