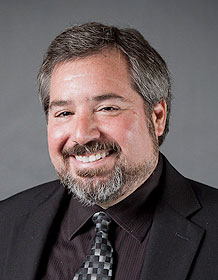 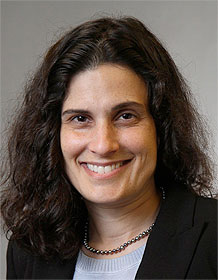 Case Western Reserve University announced the appointment of two of its renowned scholars—one in health law and the other in international law—as acting deans for the School of Law, effective immediately. Jessica Berg, professor of law, bioethics and public health, and Michael Scharf, associate dean for Global Legal Studies and director of the school’s Frederick K. Cox Center for International Law, will share leadership equally across such areas as admissions, philanthropy and implementation of the school’s dynamic new curriculum.

“This is a challenging time for legal education nationwide,” the acting deans explained in a joint statement, “but our law school possesses significant strengths in the precise areas where legal employment is growing. We are honored by this opportunity to tell the school’s story and demonstrate how our curricular innovations give graduates the skills and knowledge they need to excel in the workplace.”

Berg and Scharf assume the acting dean duties following Dean Lawrence Mitchell’s decision last week to take a leave of absence after a law professor claimed in a lawsuit that Mitchell retaliated against him. The university has retained outside counsel, who in turn have commissioned an independent review of the claims. The university has committed to taking the time necessary to explore the issues in a full, fair and objective manner, and then act appropriately.

The acting deans have no role in the litigation, and no set terms for their service.

Berg came to Case Western Reserve in 1999 after leading programs in ethics and professionalism at the American Medical Association and simultaneously serving as an adjunct professor at the University of Chicago and Northwestern University.

During her time in Cleveland, Berg has been part of teams that secured nearly $6 million to explore ethical dimensions of genetics research. This year she co-led the committee that developed the innovative curriculum faculty approved this summer by a vote of 35-3-1. The educational model emphasizes practical experience in the first semester, courses in leadership and management and a semester-long capstone program in the third year.

Scharf previously served as an attorney-adviser for U.N. Affairs at the U.S. Department of State. He spent nine years as a professor at the New England School of Law, during which he co-founded the Public International Law and Policy Group, a nonprofit organization that provides free counsel and assistance to foreign governments and international organizations.

He joined the Case Western Reserve faculty in 2002, and from 2004 to 2006 he helped train judges for the Iraqi War Tribunal where Saddam Hussein faced prosecution. In 2005, six governments nominated the group for the Nobel Prize for its work to prosecute war criminals.

Berg and Scharf vowed to begin their leadership by engaging students, staff, faculty and alumni in identifying the school’s most pressing short-term needs and developing shared approaches to solving them. As one example, the two said, the school must do a more effective job of involving faculty directly in the work of recruiting students across the country.

The school not only has a proud past—among its alumni are Frederick Gray, the attorney who defended Rosa Parks—but also an impressive present. Its health law program ranks fifth in the nation according to U.S. News & World Report, while international law stands at 13th in the nation. In addition, the school is dramatically growing its programs in intellectual property, and last year launched FUSION, an interdisciplinary initiative that engages law, management and science and engineering students in the process of developing a concept and bringing it to market.

“Health, international law and intellectual property represent essential parts of the school’s future,” the acting deans said, “and help distinguish us markedly from other programs. We are going to build on those areas and highlight the extraordinary opportunities available to students who pursue them.”