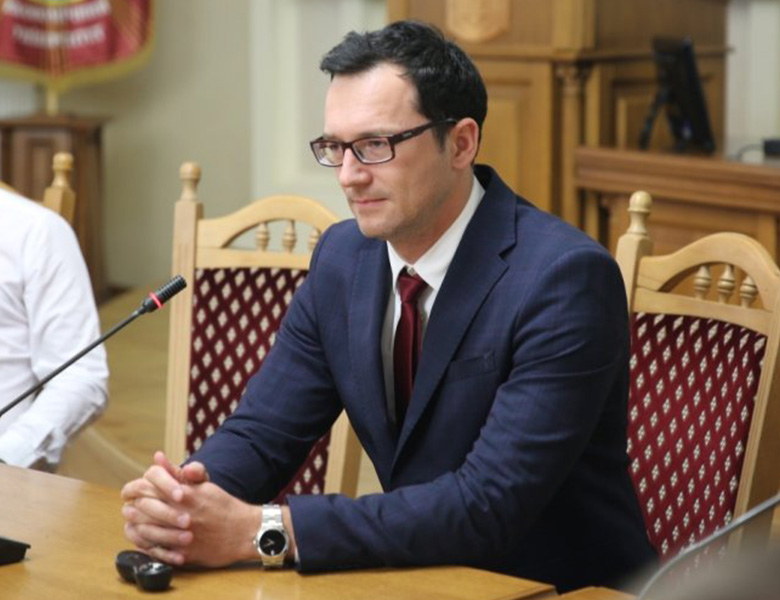 In the first year of writing his PhD dissertation, Roman Sheremeta was invited into his advisor’s office and asked to shut the door.

“My advisor hinted I was slacking,” said Sheremeta. “He said I needed to work harder.”

There was truth to the chiding, and Sheremeta credits the conversation with pushing him onto the path that led to a recent honor: being named a 2019 Best 40 Under 40 MBA Professor by Poets & Quants, a website and magazine covering business and management education.

In his young career, Sheremeta, 36, has already become among the most prolific and cited researchers in experimental economics. In particular, his investigations into competitiveness—its advantages and disadvantages—have helped garner more consideration of this powerful motivator (and destructive force) in his field and beyond.

“I would do this research for free,” said Sheremeta, an assistant professor in the Department of Economics at the Weatherhead School of Management. “I’m fascinated by human behavior—including my own.”

In many ways, this research focus is a natural extension of an acute interest in strategy and gamesmanship that started at an early age.

By the time he entered primary school, he’d won more than 20 chess tournaments and championships in his native Ukraine—and was competing professionally by the time he was a teenager.

Still, Sheremeta faced a choice: to develop into an elite, grandmaster, world-class player—and make a living—he would need to practice even more than the eight hours a day that had already started to cut into his academic pursuits. Or, he could quit.

“This was a dilemma,” he said. “Ultimately, it was an economic decision. There were people better than me and had more competitive advantages.

While Sheremeta’s career in economics eventually led to the Weatherhead School—where since 2013 he’s taught game theory, microeconomics, behavioral economics and a course on negotiation among the school’s most popular—it started far away, literally and figuratively, he said. Attending a relatively small university in a remote Ukrainian city, Sheremeta said his aspirations felt inherently limited.

“Did I have dreams of doing great things? Probably,” he said. “But coming from Ukraine, you don’t hear about many famous economists who are Ukrainian.”

He is becoming an exception. In 2015, Sheremeta shared the first and second place ranking of Forbes‘ 2015 list of Top Economic Thinkers of Ukrainian descent. He was also selected by his country’s government to co-write 2018’s Reformation: European Success and Hope for Ukraine, with 2002 Nobel Laureate Vernon Smith.

Like a chess player thinking of moves ahead, Sheremeta is pivoting the direction of his research, even as he’s being celebrated for what he’s already published.

“The professional player is still in me—I love the strategy and complexity of the game,” he said. “The world of experimental economics is similar.”

Currently, Sheremeta is conducting research in Uganda to test ways of encouraging people to improve saving money and accumulate interest by using competitiveness as a motivator and drawing on the innate desire of people to win.

“The hope is that people who accumulate enough money will be able to open their own small business, which can change a lot of lives for the better,” he said. “What I’ve done so far in my prior research has been building a foundation. But now, I want to see more immediate impact in bettering peoples’ lives.”

This article was originally published May 21, 2019.