Shaming perpetrators of human-rights abuse and shocking audiences with visceral imagery can be an ineffective—and counterproductive—approach to improving humanitarian conditions, according to new research from Case Western Reserve University.

The finding can help advocacy organizations navigate efforts to end or ease ongoing abuse around the world.

The research, published in Human Rights Quarterly—a journal published by Johns Hopkins University Press—suggests that effects of “shocking and shaming” fail to produce long-term change, can halt or reverse progress, and are often limited by a lack of strategy beyond creating immediate reactions. 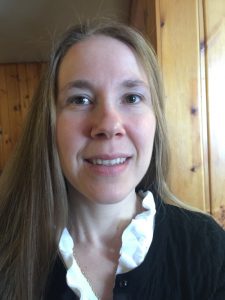 “Shocking populations about suffering is not always the right choice,” said Sara Lahti Thiam, a visiting assistant professor of medical anthropology and global health at Case Western Reserve, who wrote the research paper. “While it’s effective at getting people to feel strong emotions—at first—those effects diminish without thoughtful and strategic follow-up efforts.”

The research found a lack of standards among human rights organizations to measure success of their campaigns and an absence of planning beyond initial shock-and-shame efforts.

“Without knowing who should be outraged and moved to act by the revelation of abuses, human-rights campaigns put their ultimate goals in jeopardy,” Lahti Thiam said.

In 2010, Human Rights Watch issued a report showing dramatic evidence of teachers of Islamic schools forcing thousands of children to beg for money in Senegal and other parts of West Africa. The children, known as taalibes, also endured violence, neglect and other exploitation.

The report received media attention worldwide, and the Senegalese government banned begging by children in its capital within four months.

Yet, opponents cast the ban as a rash submission to foreign pressures seeking to disfavor Islamic education, and it was reversed in just six weeks.

Meanwhile, Human Rights Watch failed to offer a counter-narrative, relying on the initial disgust generated by the report—and thereby showing the limits of its technique, said Lahti Thiam.

In fact, the swift ban reversal effectively legalized the practice of forced child begging in the eyes of Senegalese citizens, the paper noted. The reversal also offered credibility to religious, economic and civil rights arguments raised in its favor.

“Shock and shame was not nearly enough to make a significant impact on a highly complex problem rooted in regional poverty, religious tradition and long-term power struggles,” said Lahti Thiam. “The situation remained effectively unchanged—or worse for some victims.”

To improve the performance of such human rights campaigns, the paper suggests other approaches to “shocking and shaming:”

The paper is based on 135 interviews with taalibes, their families, Islamic school instructors, Senegalese government officials, non-government organization personnel, scholars and community members.