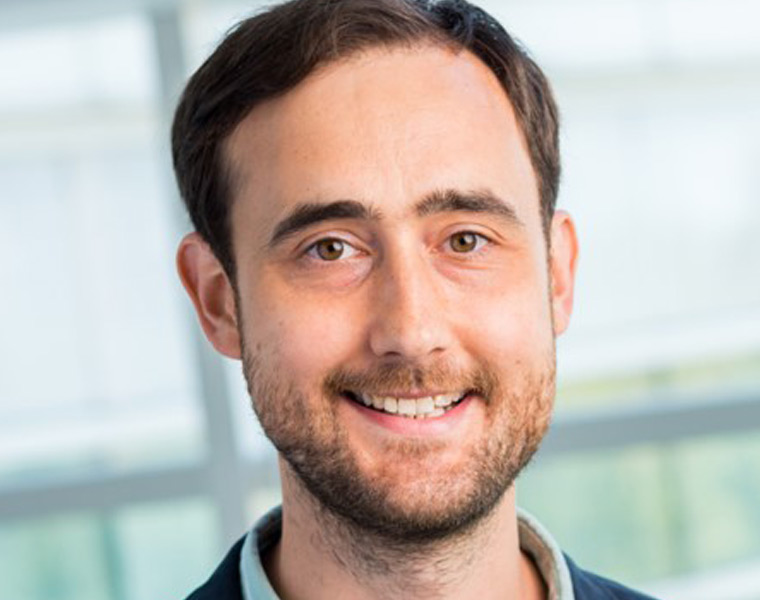 Going beyond the bench

Whether they need help with experiments, life or navigating their career paths, students in Drew Adams’ lab know they can count on him for guidance.

The personal interest Adams takes in his students has earned him the 2018 J. Bruce Jackson, MD, Award for Excellence in Undergraduate Mentoring, an award recognizing faculty who challenge undergraduates to reflect, explore and grow as individuals, and who facilitate student choice.

For undergraduates, consulting with an experienced mentor is invaluable. Adams, the Thomas F. Peterson Jr. Assistant Professor of Cancer and Energy Research in the School of Medicine’s Department of Genetics and Genome Sciences and a Mt. Sinai Scholar, has taken students into his lab when their positions fell through in other labs, and helps students balance career and family.

“When Dr. Adams invited me to lunch—just two months into my tenure at his lab—specifically to learn about my goals in research and medicine, I realized that he would be not only my scientific mentor but an important career mentor as well,” wrote one student who nominated Adams for the award.

Adams came to Case Western Reserve three years ago from Harvard University, where he completed his PhD and six years of postdoctoral training.

“I had an exceptional mentor when I was an undergraduate,” he said, “and I feel lucky now to have the opportunity to help guide the training of talented researchers here at Case (Western Reserve).”

According to Adams, undergraduate researchers have helped him every step of the way.

“Undergraduates are so talented and dedicated and show such rapid growth in the lab,” he said. “It doesn’t take long for them to become full-fledged members of the team that make real contributions.”

They contribute because Adams encourages their input, as one student nominator explained.

“Recently, I proposed an experiment to Dr. Adams that I thought could yield valuable insight for our project, but didn’t specifically address our research question,” the student wrote. “Rather than simply dismissing the idea, he saw it as an opportunity to develop my scientific mindset. We discussed the proposal at length, and he [asked] me questions such as ‘What hypothesis does that experiment answer?’ and ‘How would your results dictate a follow-up experiment?’”

The student added: “I’m continually grateful for the freedom Dr. Adams gives me to develop my own ideas and execute my own experiments, which has allowed me to mature as a scientist.”

Clearly popular with his students, Adams was still caught off-guard by the recognition.

“This award is a great honor and,” he said, “as a junior faculty member, a total surprise.”