Walmart was once considered the future of grocery shopping, offering consumers a slew of discounted choices, compared to the competition.

Yet, market trends point toward a faster, cheaper, smaller and more streamlined experience. The result: One of the most common shopping experiences in American life is fundamentally changing, according to a new study in the journal Strategy and Leadership. 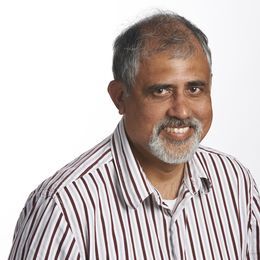 “It’s all about limiting choice,” said Sayan Chatterjee, a professor of strategy at the Case Western Reserve University’s Weatherhead School of Management and co-author of the research.

The main driver of this market disruption, European grocer Aldi, has rooted its recent success in finding a single supplier for most products—and targeting Walmart’s customers, he said.

Making quality-control easier, this strategy has allowed its goods to earn a reputation for meeting a high-enough standard acceptable for middle-class shoppers. The company also targets price-conscious consumers who tend to buy a limited range of products anyway.

While full-service supermarkets stock around 30,000 products of varying degrees of quality, an Aldi location offers about 1,400 single-sourced products—90 percent of which are in-house labels that also allow the grocer to directly capture more of a consumer’s spending.

This streamlined approach has allowed Aldi to undercut Walmart on staple products like milk and eggs to lure customers into its doors.

“Aldi has invented a new business model that provides similar quality groceries at a price point well below others,” Chatterjee said. “They have taken enough of Walmart’s customers to have forced the retail giant to lower its prices in response and refocus its strategy.”

Other Aldi strategies influencing its competition, as detailed in the study:

Aldi has also opened many stores close to locations of large retailers, such as Walmart, to piggyback on their existing and concentrated customer bases.

“Price is increasingly winning over brand loyalty,” Chatterjee said, “and Aldi is winning on price.”

It’s a battle that Walmart used to win, thanks to a proprietary system that used sales data to create shipping efficiencies and predict what customers wanted, when they wanted it, according to Chatterjee.

Walmart also lost its way in the early 2000’s, said the study, by pursuing more affluent customers who favored fellow retailer Target. By reducing and upgrading its offerings, Walmart lost efficiency built into relationships with suppliers, creating a domino effect that undermined their core strengths of low prices and high predictability.

The future of food-buying

Now re-tooling, Walmart has introduced a new smaller market-style of store that mimics some aspects of Aldi. Meanwhile, Lidl, another European grocer with a business model similar to Aldi, entered the U.S. market in 2017.

“This competition is good for consumers and beneficial for the economy,” said Chatterjee.

This article was originally published Jan. 3, 2018.

Master of Science in Systems Biology and Bioinformatics webinar