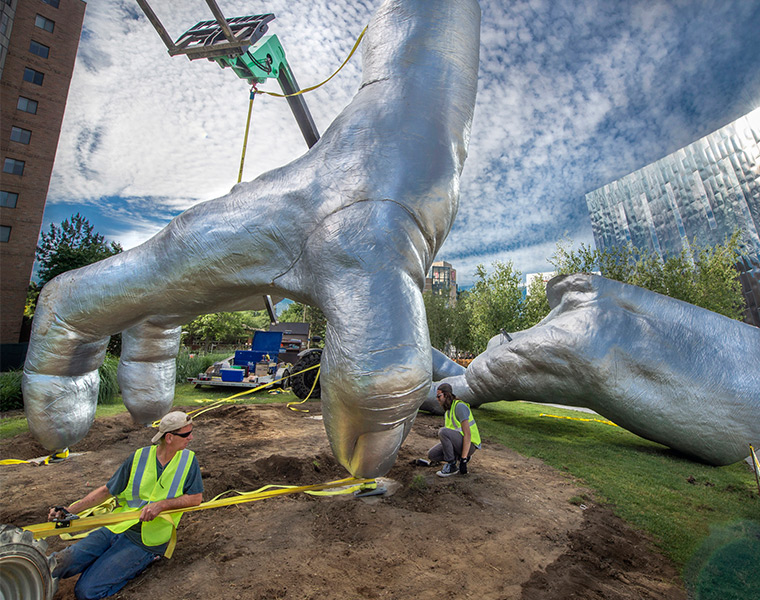 FRONT International will celebrate the opening of the inaugural triennial, An American City, with a street party in Uptown Saturday, July 14, at 6 p.m.

The event, part of the free City Stages 2018 series, will feature music from international groups, including Jupiter & Okwess, a band from the Democratic Republic of the Congo, as well as activities, food and drinks.

The community also will have the opportunity to see Judy’s Hand Pavilion, a sculpture installed in Toby’s Plaza earlier this summer as part of the triennial.

Several nearby FRONT venues will be open during and after the festival:

This event will be the first of six outdoor global music concerts from the City Stages 2018 series held in neighborhoods close to FRONT exhibitions and installations. The Cleveland Museum of Art and FRONT International will sponsor the series.

Euclid Avenue between Mayfield Road and East 115th Street will be closed for the open-street festival from 6 a.m. Saturday to 6 a.m. Sunday. View a map of the closures.