The Frances Payne Bolton School of Nursing at Case Western Reserve University was selected for the second straight year as one of 31 schools to receive a grant to increase the number of nurses earning doctorate degrees.

The schools comprise the fifth cohort of grantees of the Robert Wood Johnson Foundation (RWJF) Future of Nursing Scholars program, which provides financial support, mentoring and leadership development to nurses who commit to earn their PhDs in three years.

“These funds will increase our overall PhD nursing student body and, ultimately, the number of future nurse scientists,” said Jaclene Zauszniewski, director of the university’s PhD in nursing program and the Kate Hanna Harvey Professor in Community Health Nursing. 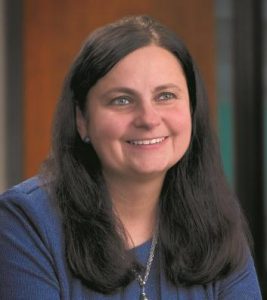 “But we are also committed to selecting two scholars from our diverse pool of new PhD applicants from underrepresented minorities in nursing and increase the diversity among our PhD students.”

Applications are being accepted through Feb. 20 at the nursing school; scholarship winners will be chosen in March, school officials said. The students will then attend a “boot camp” with the Future of Nursing Scholars program this summer and begin PhD studies this fall.

During the three-year expedited PhD program, the selected students will receive full tuition, a living stipend, health insurance and additional support for research-related expenses. The foundation is providing $150,000 and the university another $213,882 to support the two students over the three years.

While enrollment in doctorate of nursing practice programs has increased exponentially, PhD enrollment has seen less growth. The Future of Nursing Scholars program will help address both the research and faculty needs by adding more PhD nurses.

“When this program concludes, we will have graduated more than 200 PhD prepared nurses,” said Susan Hassmiller, co-director of the program and RWJF’s senior adviser for nursing.

The PhD scholars from Case Western Reserve and the other schools of nursing will  “join an impressive group of nurse researchers who are already making significant contributions to the field,” said Julie Fairman, Future of Nursing Scholars program co-director and the Nightingale professor of nursing and chair of the Department of Biobehavioral Health Sciences at the University of Pennsylvania School of Nursing.

This article was originally published Feb. 9, 2018.