For the first time since Case Western Reserve University established the award in 2008, the President’s Award for Visionary Achievement recognizes neither a sole individual nor an organization and its leaders.

Rather, this year’s honorees are a family that embodies the award’s ideals of service to the university, humanity and the world: the Fowlers. 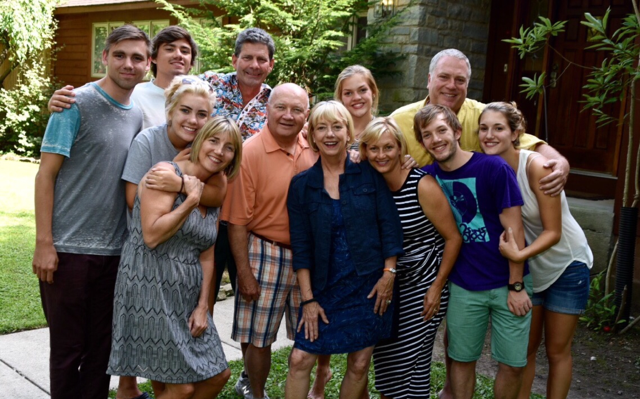 The Fowlers’ engagement involves not only generous philanthropy, but also enormous investments of time and expertise with several area organizations. Chuck, a 1990 graduate of the Weatherhead School of Management’s Executive MBA program, joined Case Western Reserve’s Board of Trustees in 2007 and became its chair in 2012.

During his tenure, the university announced it had surpassed its $1 billion capital campaign goal two-and-a-half years early and expanded it to $1.5 billion; completed and opened the Tinkham Veale University Center, the Larry Sears and Sally Zlotnick Sears think[ box ] at the Richey-Mixon Building; and the Milton and Tamar Maltz Performing Arts Center at The Temple-Tifereth Israel. The university also continued to set new all-time records for undergraduate applications and the academic qualifications of the entering classes.

Char, meanwhile, is an ardent advocate for the arts, serving as a trustee of the Gordon Square Arts District and leading several major events to support Playhouse Square, the nation’s largest performing arts complex after New York City’s Lincoln Center. As part of her philanthropic involvement with the arts, Char joined with Roe Green to make a commitment to name the studio theater in Phase II of the Maltz Performing Arts Center.

Together, Chuck and Char also have funded a major academic initiative at Weatherhead School, the Fowler Center for Business as an Agent of World Benefit, as well as fellowships for MBA students—both centered on sustainable development. More recently Chuck has been engaged in one of the center’s latest initiatives, AIM2Flourish, a global effort involving nearly 1,000 business students from more than 30 countries who are identifying exceptional innovations that exemplify the center’s spirit. Using strength-based interviews and the United Nations’ Goals for Sustainable Development, the students are sharing stories on AIM2flourish.com, with plans to highlight the most outstanding examples at the center’s fourth annual global forum next year.

The entire family long has been devoted to health care initiatives in the area of adolescent and young adult cancers. Their daughter and sister, Angie, died at age 14 after battling melanoma. In 2011, the family joined to make a founding gift for the Angie Fowler Adolescent & Young Adult Cancer Institute at University Hospitals Rainbow Babies & Children’s Hospital. Three years later, Chuck and Char followed with a commitment to Case Western Reserve to fund an extraordinary array of research initiatives to develop breakthrough solutions to treat and cure AYA cancers.

“The Fowler family’s commitment to improving the lives of others is as extraordinary as it is heartfelt,” President Barbara R. Snyder said. “They care deeply about each initiative and organization they support, and are willing to become involved personally to help ensure success. They are richly deserving of the 2016 President’s Award for Visionary Achievement.”

The Fowlers have channeled much of their generosity through a family foundation that Chuck and Char established in 2001. The Fowler Family Foundation has since supported scores of organizations, in Northeast Ohio and around the country. Chuck, Char, Chann and Holley play an active role in operating the foundation, from selecting grant recipients to administering awards.

President Snyder created the President’s Award for Visionary Achievement in 2008 to recognize individuals who have distinguished themselves through exceptional philanthropic service to the university, the world and humanity. Previous honorees include Peter B. Lewis, Iris Wolstein, Milton and Tamar Maltz, Tinkham Veale, Norma Lerner, Jane Baker Nord, the Cleveland Foundation and Ronald B. Richard, and the Kent H. Smith Charitable Trust and its trustees William B. La Place and Phillip A. Ranney.

President Snyder will present the honor during commencement exercises on Sunday, May 15, in the Veale Convocation, Recreation and Athletic Center.