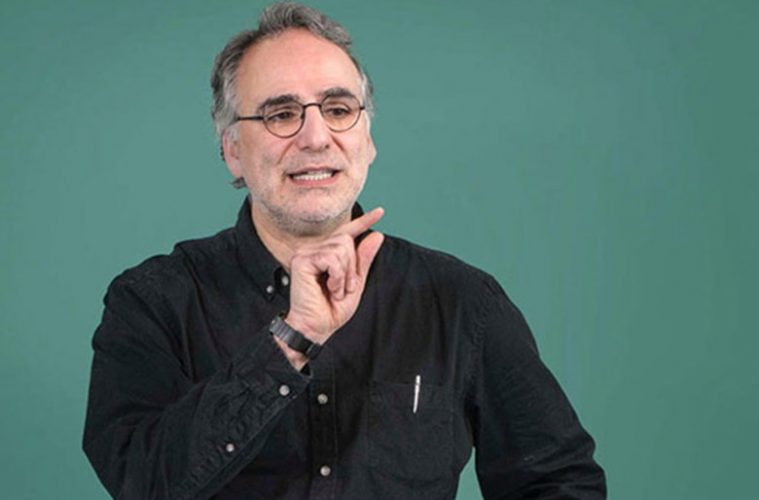 A ‘force of nature’ in the classroom

As a teaching assistant earning his PhD at the University of Chicago, Robert Spadoni was unexpectedly asked to lead the class in the professor’s absence.

“It was my first real taste of teaching,” he said, “and I found it highly stimulating, challenging and enjoyable.”

It was also the moment he realized he had two passions in life: film and teaching.

Students say his energy and passion for film is contagious—“a force of nature,” as one described him.

That enthusiasm is among the reasons Spadoni was honored with the 2018 Carl F. Wittke Award for Excellence in Undergraduate Teaching. He will be recognized with other award winners during commencement ceremonies May 20.

According to student nominations for the award: “He encourages, but never pushes…Does a great job of gently quieting energetic students and prompting shy students…Ideas are important to the class, and I’ve never met a teacher as dedicated to that idea.”

Spadoni said he wants to inspire his students the way he was inspired.

During his time at the University of Chicago, Spadoni met who would become his greatest influence: Tom Gunning, a professor in the Departments of Cinema and Media Studies and of Art History.

“His teaching style, his research interests and way of seeing the world, shaped the person that I became— as a scholar and teacher,” Spadoni said. “Film is a great thing to teach. Everyone is excited to talk about film. Pausing a film on the big screen when something visually interesting is happening is like an English teacher opening a book and discussing a passage—but it’s so vivid and concrete that the film does most of the job of getting the students talking for me.”

He passes such enthusiasm on to his students—more than 1,500 in 15 years of teaching at Case Western Reserve, he estimated.

“I think I have it easier than maybe other professors because a film is always a bracing object to drive discussion,” Spadoni said. “I try to make my classes fun. Case [Western Reserve] students always amaze me, showing me things about a film I’ve never noticed or considered. My students say some mind-boggling things. Teaching here is something I treasure.”

When Case Western Reserve President Barbara R. Snyder and Provost W.A. “Bud” Baeslack III surprised Spadoni last month by visiting his class to present him with the news he’d won a Wittke Award, a graduate student was leading a class discussion; Spadoni was in the back.

“When it all happened, it was one of those peak moments in my life that I will never forget,” he said. “It was otherworldly.”

Created in 1964, the Wittke Award is named for Carl Frederick Wittke, who, from 1948-63, was professor of history, chair of the Department of History and vice president of Western Reserve University. Originally, the award was presented to an exemplary undergraduate faculty member in the departments of history, English, political science or economics.

Wittke Awards are presented during the undergraduate diploma ceremony.