Four of Forbes magazine’s list of the year’s 30 most innovative young thinkers in science and healthcare come from Case Western Reserve.

Forbes annual “30 Under 30” list highlights Cindy Chang, a fifth-year medical student at Cleveland Clinic Lerner College of Medicine at Case Western Reserve University; Paige Cramer, who completed her doctoral degree in neurosciences earlier this year; Christine Fleming, who earned both her master’s and doctoral degrees in biomedical engineering; and Halle Tecco, a 2006 graduate who earned her bachelor’s degree in management.

“Each of these young women has distinguished herself through extraordinary achievements,” President Barbara R. Snyder said. “We are pleased that Forbes magazine recognizes their intelligence and ingenuity, as well as their commitment to making a positive difference for others.” 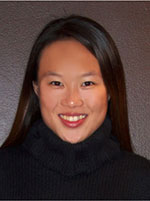 Chang, a 28-year-old medical student, was recognized for her research that has changed how the United Nations World Food Programme distributes nutrition supplements in Africa. Chang spent last year in Malawi conducting research, including a 2,700-patient clinical trial that found a cheaper nutritional supplement worked just as well as more expensive ones. In addition, she led a second study of 2,000 Malawi children that found far more of them were malnourished than previously believed. Chang, who intends to work with disadvantaged communities upon graduation, told The Daily last year that her research in Malawi aligned perfectly with her end goals. “I know it will be hard work,” she said, “but I couldn’t have designed a more perfect project for myself.” 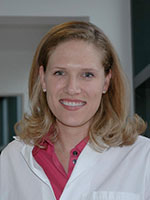 Cramer, also 28, made international headlines earlier this year when, as a PhD candidate, she found that a skin cancer drug might help treat Alzheimer’s disease. Cramer uncovered that the drug, bexarotene, eliminated a plaque believed to be responsible for Alzheimer’s disease. When tested on mice models, the drug reversed some cognitive symptoms of the disease. Cramer, who earned her doctoral degree earlier this year, now works as an associate principal scientist at Merck, where she started in October. 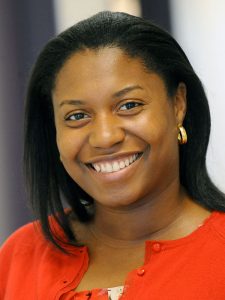 From 2004 to 2009, Fleming worked toward her master’s and PhD at Case Western Reserve. As a graduate research assistant, she was a key contributor in the design and development of an imaging catheter that would allow surgeons to monitor treatment and visualize structures within the hearts of patients suffering from arrhythmias. Her research could help doctors treat irregular heart rhythms less invasively, the magazine’s writers noted. Fleming, now 29, graduated from Case Western Reserve in 2010 and currently is an assistant professor in the Department of Electrical Engineering at Columbia University. 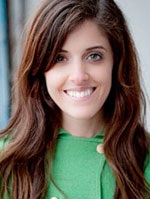 Tecco, 29, earned her bachelor’s degree at Case Western Reserve in 2006 after studying at the Weatherhead School of Management. Since graduation, she has earned her MBA from Harvard Business School, worked for Intel and Apple, and founded Yoga Bear—which brings yoga to cancer patients—and Rock Health. Her efforts at Rock Health, an accelerator for digital health start-ups, earned her recognition on Forbes list; the magazine’s writers describe her as a “match maker” for health care entrepreneurs. Rock Health has inspired start-ups, including a free iPad-based electronic health record, and its first set of companies attracted more than $25 million from investors.

In addition to its science and healthcare roll, Forbes also compiled “30 under 30” lists of the top 30 “disruptors, innovators and entrepreneurs” in 14 additional categories—from art and style to law and policy to technology.

View the full “30 Under 30” lists or the science and healthcare list on forbes.com.