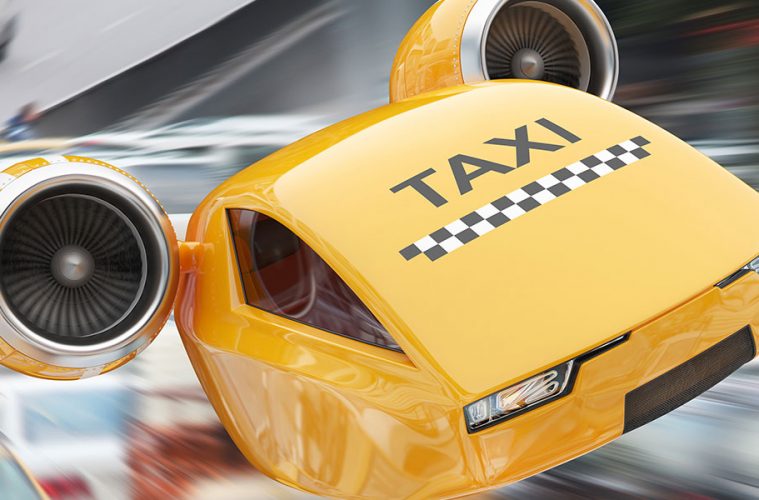 CWRU researcher working with NASA, other partners to build small, battery-powered aircraft in next several years

Need to catch a fast ride from Cleveland to Pittsburgh? Get ready to hail your first “air taxi”—and maybe sooner than you think.

“I don’t have any doubt,” he said. “In a few years, you will be able to call an air taxi from Uber or someone else to travel maybe 100 miles in a vehicle with two other people. I’m very excited about this.”

Indeed, flying cars, now commonly known as “Personal Air Vehicles” or PAVs by the engineers designing them, have a long, fanciful history and are hardly the stuff of cartoons, science fiction or Hollywood movies anymore. (We’re looking at you Back to the Future.)

Small personal aircraft already are in the early stages of production, and numerous investors—from the ride-sharing company Uber to the federal government and multinational companies—are lining up to be part of the next revolution in human transportation.

In late September, the German drone company Volocopter staged a test flight that it said “would soon be the world’s first drone taxi service, under an ambitious plan by the United Arab Emirates city to lead the Arab world in innovation,” according to the New York Post.

Earlier this year, Uber hired a 30-year NASA advanced aircraft engineer to lead its flying car initiative, dubbed “Uber Elevate,” and in July, a Russian company showed off a prototype of its flying taxi at a popular airshow near Moscow. Even DeLorean is in on the game, forming DeLorean Aerospace in 2012 to research flying cars. Others are working on more drone-like, pilot-less air taxis.

“NASA believes there will be an explosion of these electric personal air vehicles in the next five years,” Prakash said. “They are motivated by the need to switch from jet fuel-propelled aircraft to electric planes, which will be quieter and don’t add carbon to the atmosphere.”

Prakash said, however, that it will be up to the Federal Aviation Administration to deal with questions about who should be flying, and when and where.

And because for now most existing small, personal-sized flying vehicles are either hybrids or electric-powered planes with limited range and most people don’t have a pilot’s license, he asserts that the revolution will likely begin with air taxis and not personal aircraft. 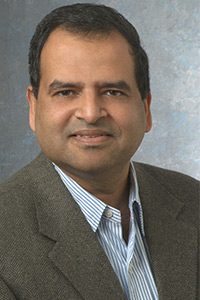 With a $1.3 million grant from NASA, Prakash will develop “high-performance and safe, multifunctional structural battery systems for next generation electric air-vehicles” as part of a $10 million grant shared by a consortium of U.S. universities, including lead partner Ohio State University. GE and Boeing are serving as industrial advisory board members on the project.

Fully electric airplanes have limited range in time (a few hours) and distance (about 50 miles). That’s because loading up a flying machine with lithium batteries makes it too heavy to make more than marginal improvement in its flight endurance, Prakash said.

“Today’s battery components have poor load-bearing capacity,” he said. “But if some of the ‘parasitic’ materials of the structure are strategically replaced with active battery materials, one can add useful energy to the system and at the same time achieve considerable mass and volume savings.”

So, it’s the “high-performance, multi-functional structural” part that makes the work on next generation of electric vehicles by Prakash so important. In short, it means using the structure of the airplane to store energy or building batteries that can also serve a structural function.

The project falls under NASA’s Transformative Aeronautics Concepts Program, which aims to bring electric machines to the commercial aircraft fleet.

It may take 25 years or more to reach that goal, “but in the end, you’ll have commercial airplanes as well that won’t have thrusters or turbo engines making noise and contributing to climate change because of burning fossil fuels,” he said.

While Prakash, along with team members from OSU, take the lead on energy storage, the other project partners will focus on:

Prakash’s project at CWRU is an extension of his current research and commercialization efforts under the Partnership for Research in Energy Storage and Integration for Defense and Space Exploration, part of Case Western Reserve’s Great Lakes Energy Institute.

The performance of the multifunctional battery pack will be evaluated at NASA Glenn’s electric aircraft testing facility in Sandusky, Ohio.