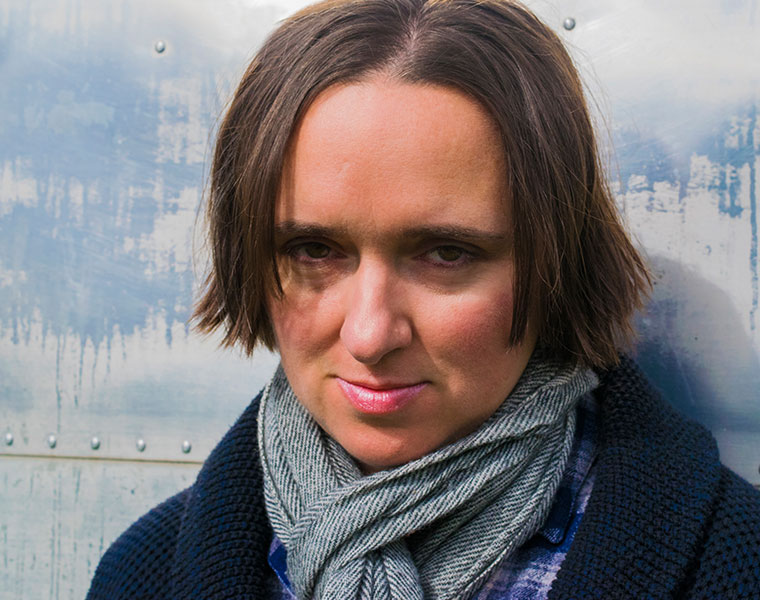 Author Sarah Vowell will be on campus for Case Western Reserve University’s fall convocation Wednesday, Aug. 30, at 4:30 p.m. in Severance Hall. This annual event serves as the formal celebration to open the new academic year.

As the Elaine G. Hadden Distinguished Visiting Author, Vowell will discuss her most recent book, Lafayette in the Somewhat United States (Riverhead, October 2015), which is this year’s common reading selection.

According to The Boston Globe: “Expect a different history lesson with Vowell at the helm. In Lafayette in the Somewhat United States, our winking and acerbic guide delves under the seat cushions of the American Revolution, pointing out the paradoxes, follies, and skullduggery behind our nation’s founding….Vowell has a knack for distilling American history down to zingers.”

Vowell, a New York Times’ bestselling author of six nonfiction books on American history and culture, was a contributing editor for the public radio show This American Life from 1996-2008. She has appeared on several late shows and was the voice of Violet Parr in Brad Bird’s Academy Award-winning The Incredibles, a Pixar Animation Studios film.

The common reading program began in 2002 to give incoming students a shared experience prior to arriving on campus. Each year, the selected book serves as a launching point for discussions from orientation through fall semester.

Fall convocation is free and open to the university and community. Tickets are free and available by contacting the Severance Hall box office at 216.231.1111 or by reserving them online.