In the 1960s, when matchmakers paired writers with receptive readers overseas, so-called “World Literature” was born 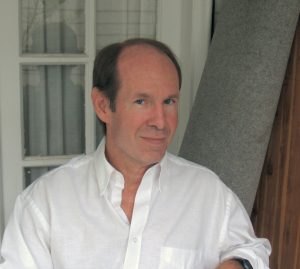 The spark for William Marling’s new book—Gatekeepers: The Emergence of World Literature and the 1960s—came 20-odd years ago, while lecturing on the hard-boiled detective story as a Fulbright professor at the University of Vienna. A student stood up and asked why he wasn’t teaching Charles Bukowski.

How a student living in the shadow of Eastern Europe during the Cold War read (and found resonance in) the works of a Southern California beatnik fascinated Marling, who set out to understand how literature crosses not only language, but cultures.

“When an author’s work makes sense to a new audience in a new context, it gains meaning—and becomes ‘World Literature,’ ” said Marling, professor of English at Case Western Reserve University. “For readers, it’s often about imagining a world that’s better or more interesting than their own.”

This cross-cultural matchmaking with works of literature is no accident; the agency of individuals whom Marling dubs “gatekeepers”—translators, literary scouts, friends, entrepreneurs, promoters—began opening doors for writers to find literary success in unlikely places starting the 1960’s.

Gatekeepers focuses on such four internationally known authors (including Bukowski). Marling traveled the world to study their unpublished letters and manuscripts in multiple languages, including those of Paul Auster, an American writer with a significant French following; Marling spotted an Auster novel for sale at a grocery check-out aisle in the 1990s and wondered: How did this get here?

“Books require a tighter cultural fit than movies or music, and literary gatekeepers have needed a subtle understanding of different cultures to produce these matches,” said Marling. “Exposing writers to overseas audiences used to be the domain of pretty rarified specialists, who would master languages, translate and compare works. Very few people have these skills anymore.” 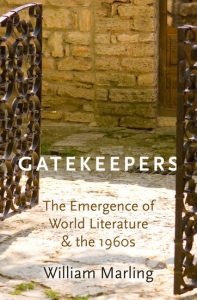 Gatekeepers: The Emergence of World Literature and the 1960’s, published by Oxford University Press in mid-April.

Book reviewers are among the most influential gatekeepers of all, writes Marling, who ends his new book with a criticism of Michiko Kakutani, the lead literary critic at The New York Times. Through a statistical analysis of the books Kakutani reviewed in a five-year period, Marling shows she has promoted a rather limited scope of “World Literature.”

“She writes about mostly people with foreign names who came to the United States and are native speakers of English,” said Marling. “My book tries to expand our understanding of World Literature and the fascinating individuals who helped create it.”

By highlighting the shift in how literature finds audiences, Marling hopes to contribute to a growing theory in his field stressing the role of behind-the-scenes players in determining what people are reading when—and where. In the process, Marling calls on theories across the academic spectrum, including prospect theory and agent-oriented economic theory.

In fact, the combination of literature and economics in Gatekeepers is reflective of Marling’s unique background and a mingling of intellectual interests.

English professor with a business bent

Raised in a family of small business owners, Marling has “always had a more heightened economic awareness than most English majors,” he said, an aspect that made him a natural for writing stories about businesses while traveling the country as a reporter for the magazines Fortune and Money.

After leaving journalism, Marling wrote a number of books about esteemed writers, such as 1982’s William Carlos Williams and the Painters, Dashiell Hammett (the first-ever scholarly study on the author), and Raymond Chandler—as well as the genre-focused The American Roman Noir and a study of the impacts of American culture and technology culture on societies overseas, How ‘American’ is Globalization? in 2006 (paperback, 2008).

As for Marling’s gatekeeper? That would be his wife, Raili Marling, he said, who is a gender studies/American studies scholar and chair of the English department at the University of Tartu in Estonia.

“She helps point me in the right direction, toward the right people,” he said. “Good gatekeepers are hard to find.”