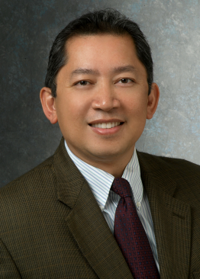 Rigoberto C. Advincula, professor of macromolecular science and engineering, received the Herman Mark Scholars Award from the American Chemical Society’s Polymer Chemistry Division for his accomplishments in the field of polymer science.

The namesake of the award is considered the father of polymer science in the U.S. The award recognizes outstanding research and leadership in polymer science.

Advincula, who is an editor and editorial board member of several journals, is a designated American Chemical Society expert, a triple fellow of the ACS and the vice chair of the POLY Division.

A symposium in his honor will be held at the ACS national meeting in Indianapolis this September.