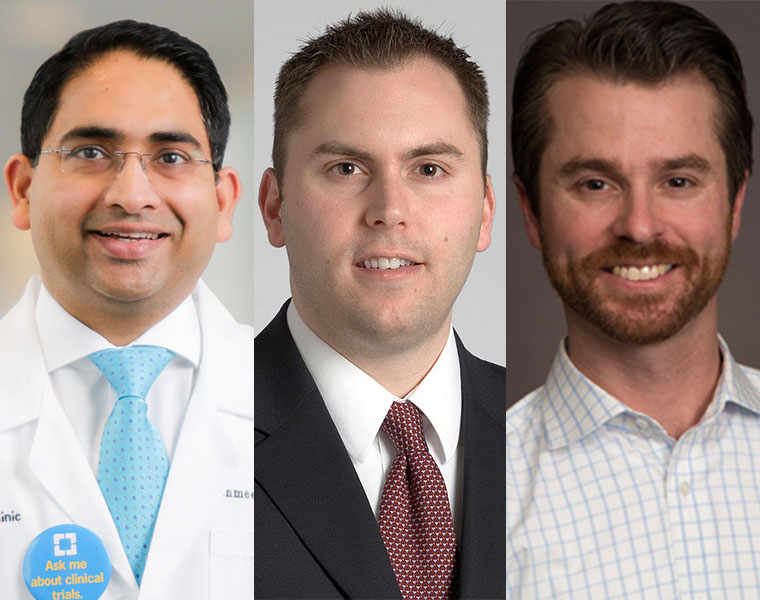 Age offers little indication of an individual’s ability to make a difference in their professional field and community, and many at Case Western Reserve University prove that on a daily basis.

Each year, Crain’s Cleveland Business releases its “Forty Under 40” cohort to show the power of individuals under the age of 40 in their fields and on Northeast Ohio. 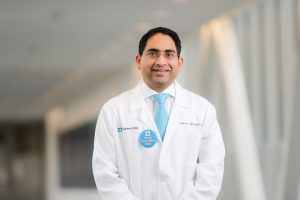 Ahluwalia was 12 years old at the time, living with his grandmother while attending school.

While he had an early interest in a medical career, he’d always envisioned becoming a cardiac surgeon. But after his grandmother passed away, his vision shifted. Ahluwalia decided he wanted to be an oncologist to help people going through similar circumstances that his grandmother faced.

Because approved treatment options are limited for glioblastoma at this juncture, many of Ahluwalia’s patients participate in clinical trials—with some of them living longer than the original prognosis after these trials.

But he is adamant that the credit for any success is not all his—it goes, he said, in part to his team and mentor, Gene Barnett, the director of the Rose Ella Burkhardt Brain Tumor and Neuro-Oncology Center.

So when Ahluwalia found out he had been named to the Crain’s Cleveland Business “Forty Under 40” cohort, he immediately wanted to share it with his colleagues.

“I’m just honored to work together with a great team of physicians and physician-scientists here at Cleveland Clinic who are involved in working every day to make a difference in the life of patients with brain tumors,” he said. “Every day we can make a difference in someone’s life is a victory, and it’s a great opportunity and an honor.”

For Steve Fening, the power of biomedical engineering research was evident early in his career. 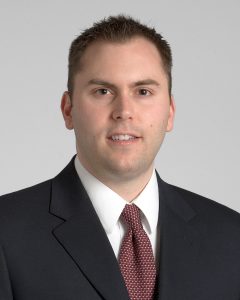 As a researcher, he was surrounded by potentially life-altering innovations. But he wanted to bring that research from bench to bedside even faster.

Never was that more clear than when he discovered a possible solution for ACL repair, which had immediate commercial appeal. While some of his research might not impact patients for a decade or more, the commercialization of this device had the potential to help people much sooner.

That’s when he realized he wanted to work at a different stage of research development, and he knew that his impact could reach farther by focusing less on innovations of his own, and more on the translation of other scientists’ breakthroughs.

As director of the Case-Coulter Translational Research Partnership, Fening has the opportunity to help researchers fulfill their commercialization potential.

Researchers from across the university come to the Case-Coulter Translational Research Partnership to get funding for commercialization, guidance and mentorship.

“I have figured out over time that my career aspirations are to move as many technologies to help people as possible,” Fening said. “This really helped to fulfill that, rather than me working in the lab and hoping that maybe two or three things over the course of my life might make their way to helping people.”

Getting recognized as one of Crain’s Cleveland Business “Forty Under 40” came as an honor to Fening.

“After I got it, I looked back at some of the other classes,” he said, “and if you look back at the classes from 10 to 15 years ago, a lot of [them] are the people leading a lot of the business aspects of Cleveland, so it was humbling.” 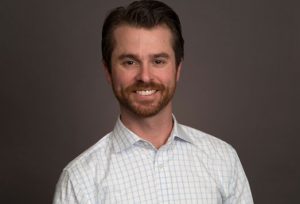 The insect is the subject of much of Svenson’s research, and while many may find the praying mantis interesting, his reasons for researching them are more specific.

Both their unique characteristics and behavior captivate Svenson. So he works to uncover information about the insect’s biodiversity and answer questions about its adaptation and evolution.

“The thing that draws me to them is their behavior—seeing them alive in the wild, seeing how their crazy different adaptations have specialized them and how it’s changed their behavior to do very specific things,” Svenson said. “Understanding that and studying that is truly fascinating to me.”

Here at Case Western Reserve, Svenson has led graduate students on international research trips and made breakthroughs in the lab. In 2013, for example, he and Riley Tedrow (CWR’ 15) discovered a new species of praying mantis in Rwanda.

And in 2016, Svenson and PhD student Sydney Brannoch used the female genitalia of a praying mantis to identify it—discovering a new species that they named in honor of Supreme Court Justice Ruth Bader Ginsburg.

Though Svenson has played a key role in reclassifying and even discovering many new species, he considers his greatest career success having a permanent position at the Cleveland Museum of Natural History, where he is assistant director of science, curator and head of invertebrate zoology.

Positions at museums, he said, allow scientists the chance to focus more on taking their research in the direction in which they’re interested and to share their work with a wider audience.

For Svenson, being recognized by a business publication adds even more value to being named to the “Forty Under 40” cohort.

“If you really think about the role plays science in everybody’s life—in the business community, in education, in technology development, I mean everything—it’s the core, it’s the base structure we build our society on, and I think honoring scientists within this group is a great thing,” he said.