Today, most people in the United States rarely think of rheumatic heart disease (RHD)—or the rheumatic fever that causes it—as more than a historical footnote. Rheumatic fever, which usually starts as strep throat, was essentially eliminated as a life-threatening disease with the use of penicillin in the early 20th century.

But for much of the developing world, RHD still kills. Estimates range that between a quarter-million to 330,000 people a year die from what has been called the “disease of poverty” across Africa, the Middle East, Central and South Asia, and the South Pacific.

Worse, women of childbearing age who suffer from RHD face a double danger: They face increased risk of complications during pregnancy—including death—while also bearing a cultural burden and expectation that they’ll become mothers. 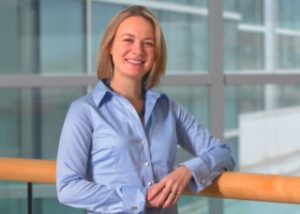 That was among the findings in a recent study in Uganda led by researcher Allison Webel, an assistant professor at the Frances Payne Bolton School of Nursing at Case Western Reserve University. The survey of 75 women last year is among the first qualitative studies of female RHD patients and their attitudes toward cardiovascular disease and reproduction.

The study has its origins in clinical observations at the Ugandan Heart Institute. A health-care provider there was hearing from women who were cautioned by their doctors about the dangers of bearing and delivering children—but who were also being told by their families and community that they must get pregnant.

Webel said that “tension between maintaining one’s own health and the social expectation of becoming pregnant” was clearly illustrated in the Ugandan study.

“Our findings suggest that health programs targeting RHD in low- to moderate-income countries have to pay special attention to female patients of childbearing age,” she said.

Webel and six co-authors discuss their findings in a paper published this month in the journal PLOS ONE. The co-authors include Andrew Chang, of the Department of Medicine at Stanford University; researchers at the Heart Institute; and joint senior author Christopher Longenecker, of the Case Western Reserve University School of Medicine.

PLOS ONE is a peer-reviewed, open-access journal published by the Public Library of Science and reports on primary research from any discipline within science and medicine.

Webel said the findings had particular meaning for her coming on the heels of Heart Health Month in February and being published during Women’s History Month.

“Childbirth continues to be risky for many women but especially for the growing number of women worldwide who also have chronic diseases,” she said. “Further, in certain settings, a woman’s lack of control over her own fertility decisions will require a truly multidisciplinary approach to heart disease and reproductive health to ensure both prevention of high-risk pregnancies and closely monitored deliveries.”

Webel said that multidisciplinary approach could include joint visits with obstetricians, nurse midwives and cardiovascular specialists, group patient-education programs and community engagement;  but also that further research is also needed to understand the characteristics and motivations of women and their families in specific cultural settings to help tailor such programs to the community’s needs.