Discovery in HIV may solve efficiency problems for gene therapy 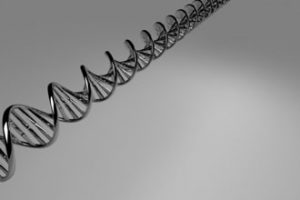 A research team from Case Western Reserve University School of Medicine has discovered an approach that could make gene therapy dramatically more effective for patients.

Led by professor Eric Arts, the scientists discovered that the process of gene therapy is missing essential elements, thereby reducing the effectiveness of this treatment. Re-introducing this element into their model system suggests that improvements for gene therapy are on the horizon.

The findings are detailed in the article, “A new genomic RNA packaging element in retroviruses and the interplay with ribosomal frameshifting,” published in the journal Cell Host & Microbe.

But a failure to distribute enough modified genetic information to the patient’s body has prohibited gene therapy from being more widely used.

Unfortunately, the success rate of viral vectors is uneven. For instance, adenoviruses, a cause for the common cold, and lentiviruses, such as HIV-1, are routinely converted into viral vectors. But adenovirus vectors don’t last long, so therapy must be frequently re-administered. And lentiviral vectors, while stable, fail to deliver genetic material to enough defective human cells.

Arts, a professor of medicine in the Division of Infectious Diseases and HIV Medicine, learned that lentiviral carriers lack sufficient genetic material necessary for treatment.

HIV-1, when converted from virus to lentiviral vector, loses a specific RNA element required to pack its “container” with its own genetic material to be effective. After identifying the problem, researchers introduced the element intoa lentiviral vector, successfully and significantly improving the quality and quantity of the gene therapy.

Arts and colleagues named the genetic element, Genomic RNA Packaging Enhancer element (or GRPE). During virus production, GRPE coordinates the production and filling of the container with the genetic material of HIV-1, or the desired human gene.

Delivery and success of gene therapy for human cells has the potential of increasing five to ten times with the introduction of the GRPE into the lentiviral vector.

“Using lentivirus for gene transfer appears to be a safe option,” said Stanton L. Gerson, director of the Case Comprehensive Cancer Center and the Asa and Patricia Shiverick- Jane Shiverick (Tripp) Professor of Hematological Oncology at Case Western Reserve School of Medicine, who is not involved in the study. “This discovery could greatly advance the recent successes ongoing in cancer and childhood congenital diseases. Improvements in the technology of gene delivery identified by Arts and his colleagues could lead to many more effective studies that help patients with many different diseases, including cancer. Its impact could be felt in a few short years.”

Ultimately, introducing GRPE elements into viral vectors could enhance the ease and effectiveness of gene therapy, which typically uses transplanted human stem cells. Enhanced gene therapy and other improvements in targeted cell delivery might eliminate the need for stem cells and allow cells to be administered directly into patients.