Discovering a new form of communication in the brain 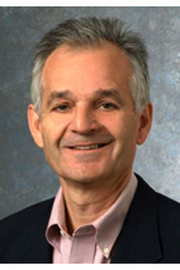 “We don’t know yet the ‘So what?’ part of this discovery entirely,” said lead researcher Dominique Durand, the Elmer Lincoln Lindseth Professor in Biomedical Engineering and director of the Neural Engineering Center at the Case School of Engineering. “But we do know that this seems to be an entirely new form of communication in the brain, so we are very excited about this.”

Until now, there were three known ways that neurons “talk” to each other in the brain: via synaptic transmission, axonal transmission and what are known as “gap junctions” between the neurons.

Scientists have also known, however, that when many neurons fire together they generate weak electric fields that can be recorded with the electroencephalogram (EEG). But these fields were thought to be too small to contribute to neural activity.

These new experiments in Durand’s laboratory, however, have shown that not only can these fields excite cells, but that they can produce electric fields of their own and generate a self-propagating wave of activity.

This newly found form of communication was discovered while scientists at Case Western Reserve were analyzing the propagation mechanism of relatively fast brain waves similar to those generated when we sleep. They call it ephaptic (or electric) coupling, a reference to the known and observed low-level electric field in the brain—but now believed to also be capable of generating neural activity.

“We’ve known about these waves for a long time, but no one knows their exact function and no one believed they could spontaneously propagate,” Durand said. “I’ve been studying the hippocampus, itself just one small part of the brain, for 40 years and it keeps surprising me.”

That surprise peaked during a series of experiments in which Durand and his team observed a wave “leap” across a cut they had made in brain tissue slice—a phenomenon they conclude could only be explained by the electric field coupling.

Again and again, the brain-wave appeared to jump across the empty gap. Picture a stadium fan “wave” as it hits the empty bleachers in center-field. You expect the wave to sputter out, but it gets picked up again by the crowd in right-field and keeps coursing through the crowd.

Except this was wave behavior in a neural tissue that had never been reported before by neuroscientists, or anyone else, the scientists said.

Durand said he didn’t believe it when he saw it. Neither did the fellow researchers in his lab or a partner at Tianjin University in China.

“It was a jaw-dropping moment,” he said, “for us and for every scientist we told about this so far.”

Among the dubious: The review committee at The Journal of Physiology, which required the researchers from Case Western Reserve to perform further experiments to double- and triple-check their work before agreeing to publish the work.

“But every experiment we’ve done since to test it has confirmed it so far,” Durand said.

The team’s paper on the discovery was published in the October issue of the journal.