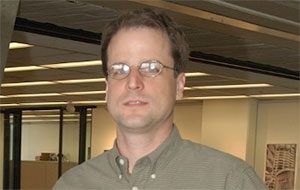 Researchers in the Department of Physics at Case Western Reserve University received a $596,635 grant from the National Science Foundation to design a full-scale Magnetic Resonance Imaging (MRI) magnet out of a new cost-saving material.

The federal grant comes on the heels of a state grant awarded to build smaller test-scale magnets to probe and fine-tune the technology.

“This is a powerful collaboration between industry and academia,” said Michael Martens, project leader and associate professor of physics. “They have the motivation and experience in products, and we have an understanding of the underlying physics and calculation techniques.”

Martens; co-investigator Robert Brown, professor of physics and Distinguished University Professor; and other members of the university’s Ohio Platform for Tomorrow’s Industrial Medical Imaging Systems and Equipment (OPTIMISE) group will design a magnet built with magnesium diboride wire, made by Hyper Tech Research of Columbus, Ohio.

The researchers believe a superconducting magnet made from a coil of the wire would need just a few liters of increasingly costly liquid helium to supercool the material, yet yield the same quality image as today’s best machines.

The National Academy of Science predicts demand for helium will exceed supplies by 2017. MRI manufacturing worldwide has slowed because of higher helium prices, and the medical community is concerned the public will face increased costs for imaging or, worse, bypass the procedures altogether because of the expense.

But so far, the coolant has proved necessary. Current MRI magnets require the chill of more than 2,000 liters of liquid helium to operate and produce clear images.

To further enhance the MRI design, the university and Quality Electrodynamics, of Mayfield, Ohio, will investigate the feasibility of cooling a radiofrequency coil used for breast cancer imaging to produce better images. They will investigate whether liquid nitrogen, which would cool the coil to -320 degrees Fahrenheit, can work as a viable alternative to liquid helium.

“At the end,” Martens said, “we will have a design complete enough for a company or investor to look at and decide if it’s worth building.”