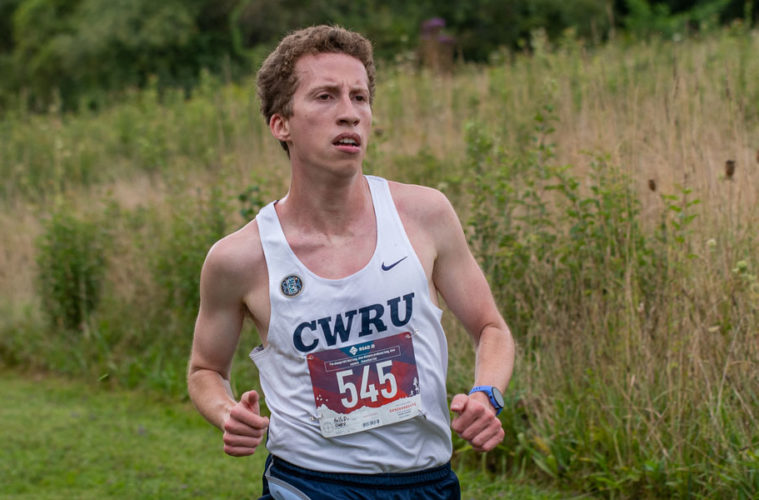 Article provided by CWRU Athletics. Read the original on their website.

Senior David Hall, a member of the men’s cross country team, has been selected as a fall recipient of the NCAA Postgraduate Scholarship, awarded to student-athletes across all three NCAA divisions who excel academically and athletically and who are in their final year of intercollegiate athletics competition.

Hall is the 32nd athlete in the history of CWRU Athletics to be selected to receive an NCAA Postgraduate Scholarship, and the 11th in the last five years. He is the third member of the men’s cross country team to receive the honor, joining Stephen Boyd Cullen (1995) and Stephen Hrinda (2007).

Hall is a two-time NCAA Championship participant, placing 87th in 2018 and 176th in 2019. He earned All-Region honors with a 16th-place finish at the Great Lakes Regional in 2018, and narrowly missed out on repeating the honor this year, placing 37th at the meet. Hall has been among the team’s top-five finishers in each of the last 14 races he has competed in, including three top-finishes on the team and eight top-two finishes.

Hall, who has a 3.971 cumulative grade point average as a mathematics major at CWRU, was named to the College Sports Information Directors of America (CoSIDA) Academic All-America Track & Field/ Cross Country Second Team in 2018-19. He is a two-time U.S. Track & Field and Cross Country Coaches Association (USTFCCCA) All-Academic honoree, and has received UAA All-Academic recognition eight times over his career, between cross country and track and field. Hall is also a two-time Van Horn Society inductee, and has been named to the Dean’s High Honors List throughout his academic career.

Following his graduation, Hall plans to attend graduate school, with the eventual goal of becoming a professor of mathematics.

The NCAA Postgraduate Scholarship was created in 1964 to promote and encourage graduate education by rewarding the Association’s most accomplished student-athletes through their participation in NCAA championship and/or emerging sports. Fall men’s sports sponsored by the NCAA include cross country, football, soccer and water polo.