The United States and Cuba restored diplomatic ties in the summer of 2015—54 years after Cold War politics severed relations between the two nations.

They have reopened embassies in each other’s capitals, and the U.S. eased restrictions for travel, banking and remittances.

And now, although a U.S. trade embargo with Cuba continues indefinitely until Congress chooses to lift it, representatives of higher education institutions in both countries met in Washington, D.C., the last week of October to begin collaborating on research.

Officials from the National Council of University Research Administrators (NCURA)—including Suzanne Rivera, Case Western Reserve’s vice president for Research and Technology Management—and a delegation from the Cuban Ministry of Higher Education (MES) signed a memorandum of understanding (MoU) to promote cooperation in scientific research among their respective institutions. 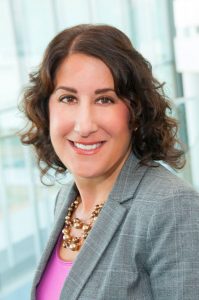 “It was a great honor for me to be a part of this important development,” said Rivera, who has taken on a lead role in Cuba-U.S. relationship-building. “And I’m especially delighted that, through my participation, Case Western Reserve will be among the first at the table when the embargo finally is lifted and we can begin important scientific collaborations with our Cuban counterparts to solve important problems.”

Rivera, a longstanding member and leader in NCURA, a 7,500-member professional society for research administrators that provides education and training internationally, had helped organize a 30-person delegation of senior university research administrators from across the U.S. to visit Cuba in April to begin establishing relationships with their Cuban counterparts.

“As a Cuban-American who also speaks Spanish, this was a labor of love for me,” said Rivera, also an assistant professor of bioethics at the School of Medicine. “I was able to connect easily with the administrators from the Cuban Ministry of Higher Education, and I took an active role in negotiating the draft MoU.”

The memorandum calls for NCURA to immediately begin providing Cuban universities and research institutions training and technical assistance on how to apply for and manage grants from U.S. funding sources, such as the National Institutes of Health (NIH), “so that when the embargo is lifted,” Rivera said, “they will be able to participate with us as partners in grant-funded projects.”

Being so closely involved in initiating the effort sets up Case Western Reserve to be “on the ground floor” for future partnerships, Rivera said. She and Cuban research representatives have already had discussions about possibly establishing a shared digital humanities project, for example. And she envisions potential research partnerships in biomedical engineering and infectious disease prevention—two areas in which Cuba is especially strong.

“I think we have a lot to learn from our Cuban counterparts,” Rivera said. “Once the embargo is lifted, we would be able to begin collaborating right away.”

Along with Rivera, representing NCURA for the signing were Robert Andresen, from the University of Wisconsin; Barbara Grey, from East Carolina University; and NCURA Executive Director Kathleen Larmett.

This article was originally published Oct. 28.