Alzheimer’s disease symptoms, such as memory loss or cognitive decline, can present in different ways among people with diverse ethnic backgrounds. Researchers know a complex mix of social, behavioral and genetic variables can impact the onset and progression of this disease. Recent studies show that the multiple genetic markers of Alzheimer’s can vary among diverse populations, which makes it essential to include a broad range of people in large studies that aim to understand this disease.

Jonathan Haines with Case Western Reserve University School of Medicine will lead a national collaboration to expand big data genetic research into Alzheimer’s disease to include stronger representation from African-American and Hispanic communities. Funding for the research—$14.6 million to be awarded over multiple years—is from the National Institute on Aging at the National Institutes of Health. Haines is the chair of the School of Medicine’s Department of Population and Quantitative Health Sciences, and will be joined in leading the study by William Bush, an associate professor with the department.

“We know that the genetics of Alzheimer’s disease can vary among people from diverse ethnic backgrounds,” said Haines. “We expect that this project—with more than 20,000 participants—will help us learn more by including communities that historically have been under-represented in this type of research.” 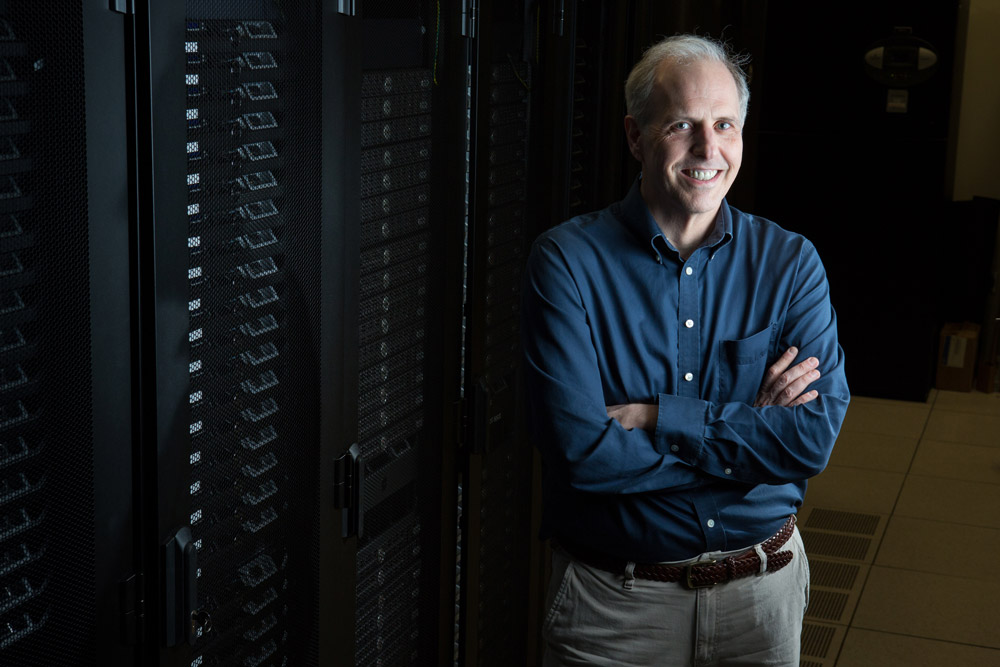 Haines is recognized internationally for a distinguished career during which he has identified multiple genetic links to Alzheimer’s. Big data analytics are a hallmark of his work, which uses complex computational approaches to look at correlations between genetic differences in large numbers of people with Alzheimer’s or the absence of Alzheimer’s.

Working with Bush, the team also will examine genetic information, especially related to gene and protein expression in the brain and specific cells of the immune system, which may help researchers identify new genetic factors for the disease.

In the United States, Alzheimer’s currently affects about 5.5 million people, and estimates are that 20 percent of those cases are among African-Americans. The disease is recognized by many for symptoms that include memory loss and the decreased ability to recognize family members or handle typical daily activities. Currently available drugs for Alzheimer’s only have a modest effect on its symptoms, and there is no known prevention.

“All communities are touched by Alzheimer’s, so it is important for researchers to include everyone,” said Haines. “By using large and diverse genetic databases, we may find unexpected correlations that provide surprise breakthroughs for specific communities, and that may point to new understanding about the disease in general.”

Haines also serves as the director of the Cleveland Institute for Computational Biology, a collaborative among Case Western Reserve University School of Medicine, University Hospitals and Cleveland Clinic.