With a grant from the U.S. Department of Energy (DOE), researchers at Case Western Reserve University will develop a new financial product to attract a broader pool of long-term private investors to new technologies from energy startup companies. 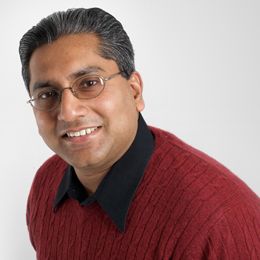 The goal is to help bridge the so-called “valley of death”—the gap between a startup’s initial seed investment and later rounds of financing when the new company has already scaled up and is profitable. That gap can leave a promising startup struggling with cash flow, as additional private investment can be difficult to secure until a new technology advances from an idea to proven success.

“There is an immense challenge in the new energy sector, with venture capitalists drifting away from clean technology investments in recent years, making it tougher for startups in this sector to prove their viability,” said Anurag Gupta, the H. Clark Ford Professor of Banking and Finance at the Weatherhead School of Management and principal investigator on the grant.

Joonki Noh, an assistant professor of banking and finance at the Weatherhead School, will serve as co-investigator.

A new financial product, tailored for a specific risk-return appetite

With the two-year, $600,000 DOE grant, the two researchers will design the new financial product with unique risk-reduction strategies to pool investments from large capital providers—pension funds, insurance companies, and foundations, for instance; these investors currently shy away from this sector due to lack of suitable investment products tailored to their risk-return-payout preferences.

“We hope this facilitates billions of dollars to flow to new energy projects at the critical scale-up stage,” said Gupta. “This could help address a global problem by advancing efforts to finance sustainable energy.”

Most of these new technologies targeted for private investment aim to generate renewable energy and lower emissions of carbon and other gases that contribute to climate change, as well as reduce levels of particulate matters emitted from burning fossil fuels associated with a host of health issues—while at a lower unit cost.

“The participation of large capital providers like pension funds is critical to generating sufficient capital to finance widespread scale-up of these new technologies,” said Gupta, “since the traditional venture capital model has proved to be unsuitable for this sector.”

Commercializing a new energy technology often requires investing tens of millions of dollars—a significant risk to venture capitalists intrigued by an idea, but wary of its uncertain market performance. Energy investments also often takes much longer than the seven- to 10-year “exit” timeline that venture capitalists are known to prefer.

Grouping together steady and significant sources of long-term funds can allow for the investment in multiple energy projects at once, spreading out the inherent risk that can scare away support for individual companies.

“Right now, there is not much incentive for venture capitalists to experiment with investments in energy companies that may take 10 to 20 years to turn a profit, if ever,” said Gupta. “We are outside the venture capital world, which allows us to try out innovative new ideas.”

At the end of the two-year project, the goal is to obtain actual investments using the financing mechanism developed in this study to fund new technologies in energy.

“This is about as real as research can get,” Gupta said.

The project is one of 11 supported by $7.8 million in new DOE grants; Gupta will lead the only team from a university awarded one of the grants; the rest are investor and industry groups.

“What we’re trying to create could potentially be replicated in other sectors—such as biotech and pharmaceuticals—that share high investment risks and long periods of gestation before potential payoff,” said Gupta.

This article was originally published Sept. 7, 2017.