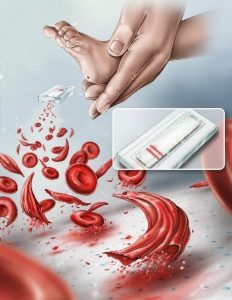 A Case Western Reserve University team won first prize and $150,000 in the Student Technology Prize for Primary Healthcare for their project, Hemechip.

The Student Technology Prize for Primary Healthcare is a national and highly selective competition seeking innovations in health care delivery. The Center for Integration of Medicine and Innovative Technology, which is a consortium of the leading teaching hospitals and universities in Boston, organizes the competition.

According to the World Health Organization, hundreds of thousands of infants die of sickle-cell disease annually in sub-Saharan Africa for lack of early diagnosis—primarily due to lack of access to clinics with the technology to screen for the disease and allow for early life-saving intervention. The small battery-operated device developed by Alapan and his team has the additional ability to easily identify other hemoglobin disorders, filling primary-care needs in other countries throughout the world.

The other members of the team are engineering students Ryan Ung and Noman Hasan; Case Western Reserve School of Medicine student Tolulope Rosanwo; and School of Medicine faculty members Connie Piccone and Jane Little. The team developed the project under the mentorship and guidance of Umut Gurkan, assistant professor of mechanical and aerospace engineering.

The team’s further efforts to refine and propagate the technology will be accelerated by this $150,000 award, with the ultimate goal of a significant impact on worldwide efforts to reduce deaths in infants and young children.

Learn more about the award at
cimit.org/news/student-healthcare-technology-prize091515.html